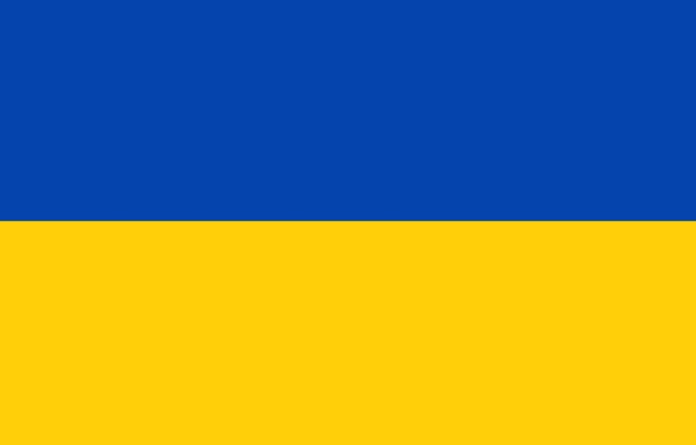 With the world watching as Russia continues an unprovoked invasion of Ukraine, concern for the civilians in the war-torn region are top of mind while financial implications are being felt immediately.

Though the conflict is thousands of miles away, live-streamed media reports, social media and bleak headlines bring it into U.S. households.

A United Nations statement on Monday announced 406 civilian deaths and 801 injuries due to the invasion.

In response, many countries are issuing economic sanctions with Russia and many large industries are pulling business out of the country, making it so even Americans not closely following the conflict are not untouched.

On Tuesday, President Joe Biden announced another large signal that the American people do not support Russia’s invasion.

“We’re banning all imports of Russian oil and gas energy,” Biden said. “That means Russian oil will no longer be acceptable in U.S. ports and the American people will deal another powerful blow to (Russian President Vladimir) Putin’s war machine.”

As Biden said, this will cause U.S. gas prices to continue to climb. This, he said, is the “cost” of “defending freedom.”

As of Tuesday, AAA reported the national gas price average was $4.173 per gallon. It stood at approximately $2.66 last year.

Tuesday’s state average was $4.425, with AAA reporting the average in Monroe County being $4.321.

Just across the river in St. Louis, the average gas price was $3.833 per gallon.

“Oil prices have skyrocketed to 11-year highs due to the volatility in global crude markets caused by Russia’s invasion of Ukraine,” AAA spokesperson Nick Chabarria said in a press release. “Demand for gasoline will only increase as spring approaches and more people travel. Couple that with rising crude oil prices and drivers can expect to continue to see even higher fuel prices in the days and weeks ahead.”

Russia is one of the world’s largest oil and gas producers. In 2021, approximately 8 percent of U.S. liquid fuel imports came from Russia, Rueters reported, citing the Energy Information Administration.

With earlier supply chain problems and other pandemic-related hiccups, the price of fertilizer was also on an upward trajectory.

“This has put a lot of strain on that segment of the globe for exports,” Gonzales said. “When you have that much product exported through basically the Black Sea, through that corridor, and we don’t have access to it because it’s basically shut down due to the conflict, it puts a lot of price pressure and supply pressure on products internally, so we’re seeing escalated prices.”

Corn and wheat prices within the U.S. are also rising due to these reasons,

“(Russia and Ukraine) usually harvest wheat in June and so they’re still a few months away from their harvest, but there’s a lot of concern because if this war continues, they might not be able to a.) harvest their wheat crop and b.) if they are able to harvest it, the ports are going to be shut down to where they can’t physically get the crop out,” Adam Parker, grain division manager for Gateway FS, said. “If they can’t get any of their wheat out and they consist of about a third of the wheat world production, that means there will be that much more demand for wheat from the United States.”

Parker said early last month that Illinois farmers were seeing their wheat priced at roughly $7.50 per bushel. Now, the price hovers around $13. With Illinois being one of the largest soft red winter wheat producers in the country and consistently one of the largest producers of U.S. corn, this will have a huge impact on local farmers.

Parker said the invasion has turned what many in the ag business were projecting for this year’s corn profitability upside down.

“What’s odd is that especially with corn this past fall, we’ve had probably the best corn crop we’ve ever had. Usually when you have a big corn crop, you get less for that crop because there’s an oversupply of it. What’s really interesting about this year is we’ve had a record corn crop and now we’re getting record corn prices with that, so that’s a good double whammy there,” Parker said.

Yet, the brunt of this seemingly silver lining will be felt by Illinoisans in the checkout line. Parker explained wheat products such as bread and flour will see further inflation – potentially to the point where consumers forego select goods.

He also said with corn prices rising astronomically, the livestock industry may be hurting. The corn used to feed cattle will come with a price tag fit for a gourmet meal.

As Time Magazine reported, Ukraine is the largest exporter of sunflower oil in the world, with Russia also holding its weight in sunflower seed and oil production. With this, the article reports that sunflower oil is reaching almost $1.30 per pound, comparing it to last year’s reports of 60 cents.

With the conflict being fragile and the world market being influenced by every single move, it’s hard to pinpoint what lies ahead.

“It seems like it’s a very volatile situation,” Parker said. “Every day we come in here and it’s like, is there a day where there’s a peace offering or cease fire? It’s really hard for farmers to sell corn and wheat in this environment because it moves so much in a day’s time to where it’s hard to make a decision given how much these prices are rallying. There will be a day where these prices do drop off – we just don’t know if that’s next week, next month or next year.”