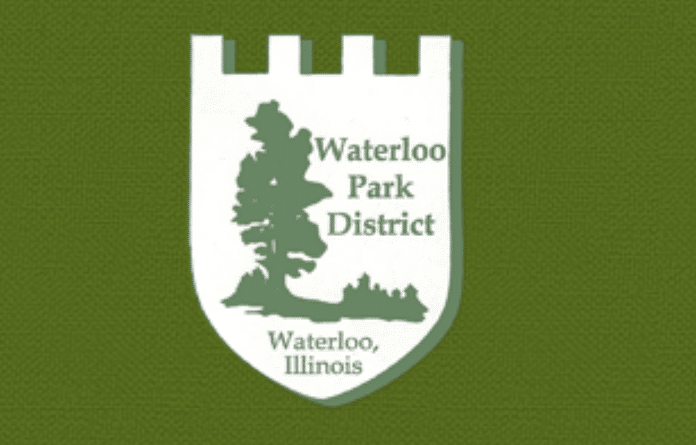 With a late June deadline getting closer by the day, the Waterloo Park District once again pushed a decision on its proposed splash pad to a future meeting.

Darter has, over the last few weeks, worked with Mathes, Amy Grandcolas of Waterloo Citizens for a Pool and members of the William Zimmer Foundation to work out a possible $400,000 donation to the park district.

The donation from the Zimmer Foundation was originally discussed shortly after plans for the splash pad at Zimmer Park off Rogers Street began, but the foundation eventually found out it would be unable to donate these funds directly to a taxing entity such as the Waterloo Park District.

The possibility of assistance from WCP in this effort was previously entertained last fall.

If agreed upon by all parties, the Zimmer Foundation would donate the funds to WCP – a 501(c)(3) nonprofit organization – which could then pass the funds to the park district.

Such a pass-through never progressed beyond discussions at previous park board meetings, though Darter has recently sought to see the three groups come together in order to meet splash pad funding goals.

Per recent correspondence shared by Waterloo Park District Attorney Mary Buettner, the discussed pass-through must occur without WCP placing any contingencies – such as support for a future city pool – on the park board in order to receive the funds.

These sort of negotiations were a concern previously expressed late last year by both Buettner and Mathes.

Mathes also mentioned the Waterloo City Council had committed $200,000 to the splash pad.

Those funds were approved late last year, contingent on the park board also receiving funds from the Zimmer Foundation – though that requirement was removed during a Waterloo City Council finance committee meeting on Jan. 3.

That $200,000 in city funds from video gambling revenue is accompanied by a $40,000 donation from George Obernagel.

Mathes went on to say a plan for additional parking at the splash pad would involve a “tar and chip” space with 42 parking places and two concrete parking pads.

According to Mathes, the park district could currently fund a “skinnied-down” version of the splash pad – with cuts primarily to the planned lounge area and other amenities –  for a total of $1.5 million

Mathes described his proposal to agree to the reduced splash pad for now in order for construction to begin, with an expansion to the full splash pad planned should a pass-through with WCP and the Zimmer Foundation happen soon.

“Right now we just, to get it started so they can get groundwork and stuff going, we need to say we’re going with the skinnied-down version, but hopefully that other (money) comes through,” Mathes said.

Several concerns about the broader status of the splash pad were expressed at the meeting, with some questioning whether or not the current design met health and safety standards as the perimeter of the splash pad must be surrounded by a slip-resistent walkway.

This design concern proved to be the primary reason to table further splash pad decisions.

Park Board Commissioner Michael Nolte was tasked with speaking to HMG Engineers to get a better understanding of the project’s design, with a special meeting to be scheduled once he is able to get more information.

Also discussed at the park board meeting was the Open Space Lands Acquisition and Development grant from the Illinois Department of Natural Resources – which has currently provided $200,000 toward the project and would provide an additional $200,000 if requirements are met.

In order to meet requirements for this grant, substantial progress on the splash pad would need to be completed by late June.

Nolte expressed doubt about the park board receiving any flexibility when it comes to the grant deadline.

Darter also spoke at the meeting, describing both the progress that had been made in talks with the Zimmer Foundation and his concern about possible public reactions to the proposed reduced version of the splash pad.

Following the meeting, Waterloo Park Board Commissioner Gina Pfund expressed her hopes for the project, particularly when it comes to a collaboration between the park board and WCP.

“I really hope that we can come to some kind of working agreement, because it sounds like Stan Darter has a dialogue going between Shelby and Amy Grandcolas.”

Grandcolas was similarly hopeful about the impact a collaboration could have on the splash pad.

“It’s very exciting to see what appears to be a path forward to bringing the community a splash pad they really deserve,” Grandcolas said. “There’s still quite a bit of work to be done, but I think with all parties coming together, this is a real possibility.”

Also at the meeting, Pfund made – and the board ultimately approved – a motion to push forward with a board policy covering remote participation in meetings.

Buettner expressed concerns with such a policy, noting that Illinois statute on remote participation in government meetings could change in the near future,  though she ultimately agreed to begin putting together the policy as her schedule allows.