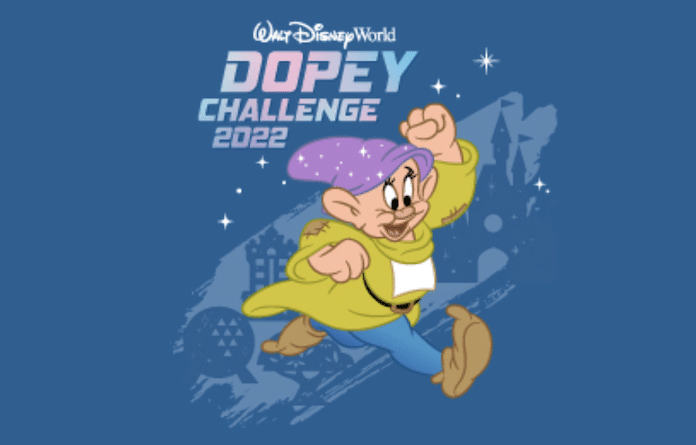 Local residents recently participated in an event at Disney World that saw them run 48.6 miles each over the course of four days.

The Dopey Challenge, named after one of the seven dwarfs, is part of Walt Disney World Marathon Weekend.

The challenge begins with a 5K on Thursday, followed by a 10K on Friday, a half marathon on Saturday and a full marathon on Sunday.

This was Nathan Essner’s second year participating in the challenge. He got involved last year, as he said, in order to cross an item off his bucket list.

Essner said his family is quite familiar with Disney World, and he had previously heard about the races as very welcoming events.

He spoke quite positively of his overall experience, emphasizing the Disney World charm that is on full display throughout the races.

“It was a great experience,” Essner said. “They just make it a lot of fun. They have a lot of on-course entertainment, characters that you can meet, and it’s just a lot of fun.”

Essner said the hardest part of the challenge for him was the early hours, with races starting at 5 a.m. each day.

Stephanie Hart, having completed her fourth Dopey Challenge this year, echoed this sentiment. Hart said she typically got up at about 1:30 a.m. to get ready for the day so she could catch the 2:30 a.m. bus.

Despite the groggy mornings, Stephanie was similarly very enthusiastic about her experiences with the challenge. She noted the atmosphere of each race tends to help her push past the early wake-up while she’s running.

“It’s a very early morning for four days,” Stephanie said, “and that’s probably the hardest part, because the running, yes, is tiring, but you get the adrenaline of running with thousands of people, and you’re running through Disney parks, and there’s characters to see along the way and music and all kinds of stuff to kind of keep you distracted from the fact that you’re running.”

Stephanie’s brother Frank Hart also participated in the Dopey Challenge recently, marking his 10th year of running in the event.

Having competed this year, Frank has maintained the title of “Perfect Dopey,” as he is one of a rather small group of individuals to have participated in the event every year since its inception.

Frank said he got into the Dopey Challenge simply by taking an interest when he saw a marathon being run during a trip to Disney World. His first Dopey Challenge, he added, was actually his first marathon.

As someone who is generally quite athletic, Frank said he tends not to do much prep for the challenge – something he strongly advises against considering how long and strenuous the runs can be.

In contrast, Essner said he tries to start his marathon training around June while Stephanie said the Hecker Tiki Trot in August is typically her notice to really focus on physically preparing herself.

All three Waterloo runners described the sense of achievement that comes with finishing the challenge on Sunday.

While Frank echoed the others’ feelings about running through a theme park, he also emphasized the feeling of pushing himself to get through another year of the competition.

“I think that’s part of the challenge,” Frank said. “I mean, it is the Dopey Challenge. It’s like, ‘Can I do this again? Can I do this for another year? Can I do all four races and complete it?’ And I think that you get a little sense of pride and satisfaction when you do get it down, and to top it off you get to run through Disney World, which is a cool place to do it.”

With the most recent run finished, the Waterloo participants said they expect to participate in a number of 5Ks and other runs over the next few months.

But when next January comes around – health permitting – they each expect to be back at Disney World to start another year with the Dopey Challenge.