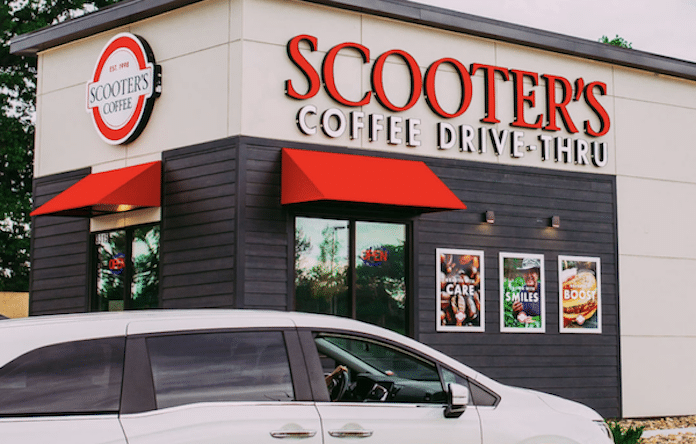 The Waterloo City Council last Tuesday night approved the site plan for a soon-to-be-built drive-thru coffee business off Route 3 and OK’d the appointment of a new zoning board member.

This expansion is the result of a four-unit franchise agreement recently signed by business owners Kim and Kevin Schwartz.

“Waterloo has a lot of small-town travelers that come through the area on their morning commute,” Kim Schwartz, an O’Fallon native, said last year.

The building permit for the Scooter’s project was issued by the city on Jan. 19, Waterloo Zoning Administrator Nathan Krebel said.

“I talked to the general contractor and he was thinking about breaking ground sometime in March,” Krebel said while adding he doesn’t think the owners have a drop-dead date in mind. “Typically, (the) Scooter’s building process is 10 weeks from start to finish.”

Yet to be approved, however, is a sign permit for the future business.

In December, Scooter’s petitioned for a special sign permit to allow more signage than the maximum size currently allowed by city code.

Krebel explained that since the proposed drive-thru building is rather small, Scooter’s is only allowed 55 square feet signage.

The matter was brought before the Waterloo Zoning Board of Appeals on Dec. 16.

Wilson Waggoner, a representative from Sherill Associates and civil engineer for the Scooter’s site plan, spoke on behalf of the special sign permit request.

The zoning board asked Waggoner if the company would be open to reducing square footage of the signs and/or prioritizing signs in order of importance.

Waggoner replied that all signage is Scooter’s prototype, and he would need to discuss with the company and franchise on what they may or may not be willing to eliminate or reduce in size.

Waggoner reminded the board that this proposed building is 70 feet from the road and the lettering and logos are in size proportion to other restaurants.

Per minutes of this meeting, the zoning board believed this request greatly exceeds what is allowed by code and concern was expressed that if the city allowed this for one business, it could open a “Pandora’s Box” for other businesses.

John Blattner, who lives near the proposed Scooters’ location and is owner of SmilesRForever Dentistry off Route 3, spoke against the Scooter’s petition as both a resident and business owner.

Blattner thought that three times the allowable signage was extreme and said he felt the city sign ordinances are designed to maintain public safety and the general appearance of the community.

Blattner also expressed a concern with safety issues, since the proposed monument sign was so close to Route 3. He believed this sign could obscure vehicle and pedestrian traffic at the intersection of Plaza Drive.

Krebel said that since Scooter’s is not contiguous to a residential property, it would not be required to reduce sign illumination.

Regarding pedestrian and traffic safety, Krebel said the city, per code, has a restricted 30-foot triangular area at intersections which prohibits anything between 2-8 feet in height. In addition, the monument sign would not be in the restrictive area, Krebel said.

The zoning board also read a letter from Mr. and Mrs. Rodney Duffy, who live just south of the proposed business on Kolmer Avenue. They also opposed the special sign permit request, saying that having a business along Route 3 is ample exposure due to the location along the highway.

Waterloo Zoning Board Vice Chairman Ken Gibbs asked for a motion on the special sign permit request, but the petition failed after no zoning board members made such a motion.

Waggoner was asked to present the petition again after he consults with Scooter’s and the franchisers on what signs they may or may not be willing to eliminate or reduce in size.

“Scooter’s is planning on petitioning again for a special sign permit in February,” Krebel said.

In other city news, the Waterloo City Council approved the appointment of Ronald Spielman to the Waterloo Zoning Board for a five-year term.

Also, Gibbs was reappointed to a five-year term on the zoning board.

In other action from the council meeting, aldermen approved an agreement between Monroe County and the City of Waterloo for the Rogers Street North Project, OK’d a two-year collective bargaining agreement between the Illinois Fraternal Order of Police Labor Council and City of Waterloo, and gave the go-ahead on a special event permit request from Crafted In The Loo for a “Pop-Up Coffee Bar” at 111 N. Main Street on Feb. 5, with closure of two front parking spots.