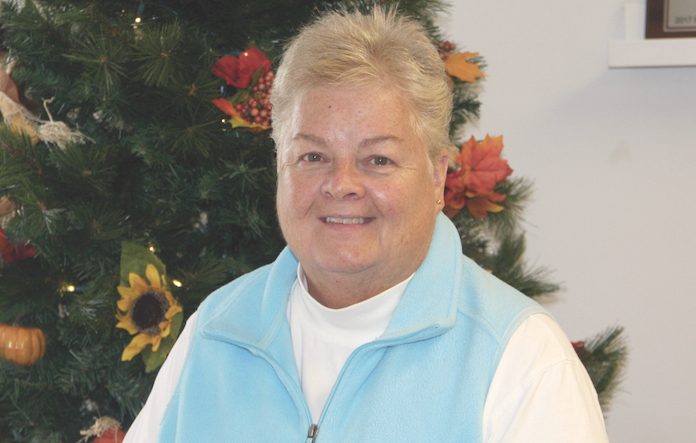 With Halloween over, the holiday season is in full swing and one local author has an offering that could be a welcome addition to families’ holiday tradition.

That is “The First Reindeer,” a children’s Christmas book written by Susan Barker of Red Bud that is celebrating its one-year anniversary of release.

“It’s been a real positive reception, especially locally,” said Barber, who has lived in Waterloo, Columbia, Dupo and Maeystown. “I’ve been able to do some readings at libraries and signings for kids. I’m pretty happy.”

The retired Lindenwood University and Waterloo High School science teacher said she became interested in writing in the 1980s.

She specifically wanted to a write a book that explained how the environment works and why it is important in a way everyday readers could grasp.

She ran into some issues with getting that book published, however, so she decided to write a children’s book to get her foot in the door after a representative with Scholastic Corporation told her those books are always needed.

“Like a lot of people, I incorrectly assumed writing a children’s book would be easy,” Barker recalled.

She thought about stories that cover who pulls Santa’s sleigh, but could not think of one about how Santa Claus got his reindeer.

So she decided to write about that.

“I thought that would be something cute,” Barker said. “You’ve got to stay with the animal line for little kids.”

“The First Reindeer” follows Santa Claus and his dog Yukon in their early years, when they would just walk from house to house.

As their workload increased, however, that became impossible, until one day the duo came across a baby reindeer named Prancer, who soon began to help them.

Within three years of making the decision to write a children’s book, Barker completed it and found a publisher.

Since its publication, Barker has donated the book to every local library, and done book readings and signings at those places.

She said the children who come enjoy the experience.

“That’s the payoff is the kids have fun with it,” she said.

Barker said she already has several books written, including one about seven basic ideas that dispels mysteries on topics like climate change, a series of books on science, technology, engineering and math for children and a historical novel.

Barker is still looking for a publisher for those works.

In the meantime, individuals can get a copy of “The First Reindeer” at any bookstore, online with Amazon or Barnes & Noble or at local libraries.

Barker will be doing more book signings in the coming months, with the next one set for Nov. 23 at the Red Bud library.