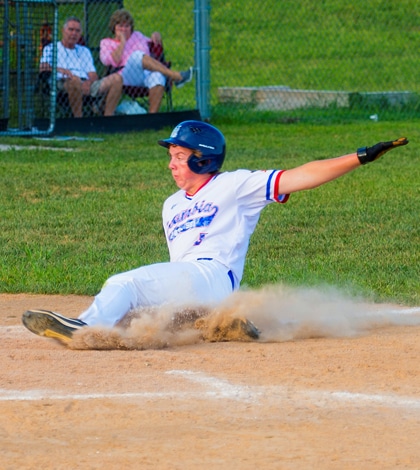 The postseason got underway last week for junior and senior American Legion baseball teams, with only one of three local squads advancing to the next round.

The Valmeyer Post 901 Junior American Legion team defeated Columbia and Highland to win the District 22 Tournament at Alton over the weekend.

Columbia won its second game of the tourney, 3-2, in nine innings against Alton. Jake Steve came through with the walk-off hit for Post 581. He also went the distance on the mound in the victory.

The Post 581 juniors ended their inaugural season, however, with a 3-1 loss in 10 innings to Highland 2. Columbia finished with an overall record of 12-9.

On Sunday, Valmeyer managed only singles by Sam Fitzwilliam and Jacob Rowold  against Highland 2, but both came in the third inning as Highland committed four errors and hit a batter and Post 901 scored five unearned runs.

Highland 1 forfeited the championship game scheduled for Monday, giving Valmeyer the title for the second straight year. Valmeyer received an automatic berth to the division tournament as hosts, with Highland 1 also earning a spot.

Riley McCarthy leads Valmeyer in hitting at .400 with 22 RBIs and a .667 slugging percentage.