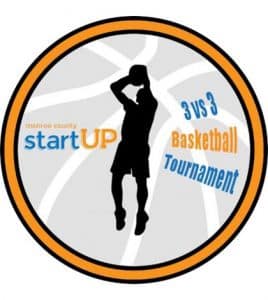 Monroe County startUP students are in full-court press mode, as they are organizing a 3v3 basketball tournament for later this month.

“I’m really excited for the tournament because there’s going to be a lot of moving parts,” class chief operating officer Charlie Dake said. “It will all go great. We’ve put many hours in from all 17 of us. There’s so much work ahead of us, but there’s so much we’ve accomplished so far.”

The event will serve as a fundraiser for the students, as the money earned will go toward  funding each of their personal business ideas.

Near the end of the school year, the startUP students will present their business plans to a group of bankers and investors, who will then distribute the money as they see fit.

That is a logical culmination of the class, as the program is designed to prepare students to be responsible, enterprising individuals who become entrepreneurs or entrepreneurial thinkers and contribute to economic development and sustainable communities.

As part of the class, previously known as the Monroe County CEO program, the 17 students from all four county high schools meet in local businesses and learn from business leaders.

“The group of people we have is a bunch of hardworking people… It’s been hard, but it’s been a really good experience. It’s setting all of us up really well. The startUp program is really showing us how to be successful.”

“The class is great,” said Dake, a junior at Waterloo High School. “It’s not just for people interested in business. It’s for people who want to grow as a person. I would seriously encourage almost anyone to join the class.”

“I love it,” Klayce Cooper, another student in the class, agreed. “It’s the best opportunity I’ve ever been given. I’m trying to make the most of it.”

Lately, most of those efforts have been focused on organizing the hoops tournament.

That work has included getting the venue booked, selecting a date and getting sponsors.

“We’ve done a lot of work with advertisement to make sure this event is successful,” Hall, a junior at Columbia High School, noted.

Given the importance of the tournament, which will determine how much capital the young entrepreneurs may have to work with, the class worked as a team to decide on the idea.

“We had a lot of ideas going around, and we had a great board that helped us through the process of what would be most successful, bring in the most people and reach out to the community the most,” Hall remembered. “When it came down to it, we thought a lot of people enjoyed basketball and that it would be successful.”

Planning the tournament has also given the students more learning opportunities.

There will be brackets for teams made up of students in grades 3-8 and high schoolers.

The cost is $25 per team. Payment can be mailed to 107 E. Mill Street, Waterloo, IL 62298. Monroe County students may also pay at their school’s office.

Completed forms, which include a waiver, must be turned into the Regional Office of Education by Jan. 11. Monroe County students may also turn in the forms to their school’s office.

“The event is going to be great because we’re trying to do everything we can to make it great for everyone there and easy for our class to run,” Dake said. “It should go off with no problems, but if there are problems, we’ll be quick-thinking and quick to act.”

For more information on the tournament or to get the forms to sign up, go to startup3v3basketball.wixsite.com/tournament.