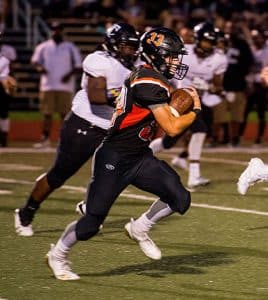 A controversial change in the Illinois High School Association football scheduling format will mean the end of conference play in the sport.

By a narrow vote of 324-307-69, IHSA member schools approved a proposal last month that would implement a district regular season scheduling system beginning in 2021.

Under the district format, each school’s final seven games will be scheduled by the IHSA. Schools will schedule their first two games, but those will not impact the playoffs.

Playoff classes will be determined prior to the season by school enrollment, with schools in each class placed in eight geographic groups of up to nine teams by the IHSA with a round-robin schedule.

The top four football teams in each district will advance to the playoffs. Districts will change every two years as enrollments fluctuate or the success factor impacts non-boundaried schools.

“I am concerned that this passed narrowly without a clear mandate and we really don’t have anything beyond guesses as to what our district will actually look like,” North said. “I am also disappointed that this change will effectively end football as a conference sport for the Mississippi Valley Conference.”

North said the move to a district format was done to address schools continuously switching conferences and basing their schedules entirely around trying to get playoff eligible.

“I also understand that there are some teams around the state who have a very difficult time scheduling, so this should help alleviate that problem.”

North said Waterloo already plays a competitive schedule against appropriately sized schools and has been fortunate in recent years to not have to travel too far to play games.

“It will be interesting for us to see if we fall into a 4A or 5A classification in 2021 and who that means we’ll be playing,” he said. “It will also determine what we do with our (first) two games as we currently play Herrin and Columbia, but if we’re 4A, we could be in a district with one or both of them and would no longer need to play them.

“Ultimately, I am disappointed in the outcome but not surprised, and I don’t want to get too high or low about it as I don’t know if it will help or hurt us at this point in the process.”