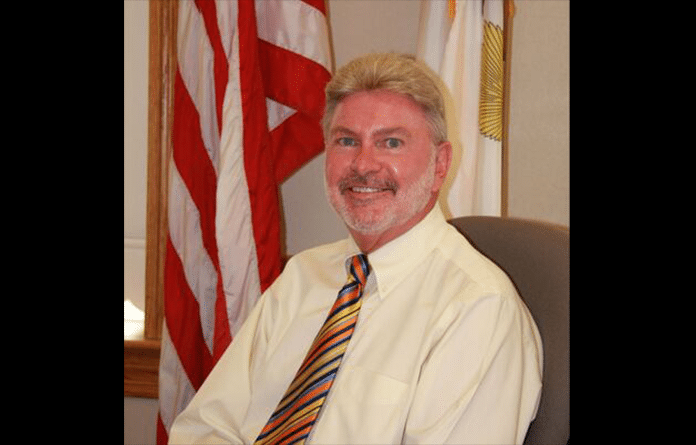 After being indicted on one count of providing a false statement to a federal task force on July 22, former mayor of Red Bud Tim Lowry was scheduled to appear in Illinois Southern District Court in East St. Louis on Friday.

However, the formal arraignment and plea hearing will now take place Aug. 13.

This will take place at 9 a.m. in Courtroom No. 1 of the East St. Louis federal courthouse before Title III Judge Stephen McGlynn. The initially scheduled arraignment was to take place before Magistrate Judge Mark Beatty.

Justin Kuehn, one of Lowry’s attorneys, said this change in proceedings is not unusual for “cases where a defendant knows he will be indicted and is given the opportunity to work out an agreement in advance of being charged.”

Kuehn explained a defendant typically first appears for an arraignment in front of a magistrate judge for their respective district court after being indicted. After this, a district court judge, or Title III judge, then handles the case.

Lowry’s case is different, but as Kuehn said, it’s not atypical for such circumstances.

“In this case, we’ve been dealing with the government’s attorney for several months before formal charges were issued. Thus, on (Aug. 13), we will be appearing before Judge McGlynn, our Title III judge, and have both the formal arraignment and a plea hearing that day.”

As the Republic-Times previously reported, Lowry was indicted on one count of making a false statement to the Southern Illinois Public Corruption Task Force. The indictment said this occurred “on or about April 3, 2019.”

According to the charge, Lowry actually “directed payments of approximately $15,854 from the Ackerman Agency (Lowry’s former insurance business) to CJ Thomas for the benefit of the Mayor of the City of Columbia from 2016 through 2018, which was 40 percent of the commissions for the ICRMT insurance policy with the City of Columbia.”