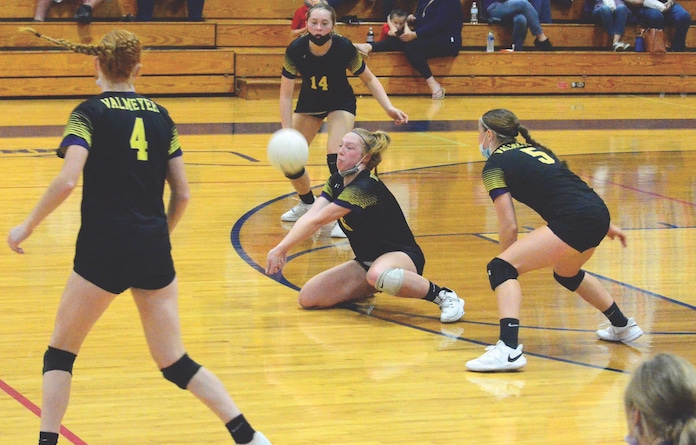 With the start of high school volleyball practices this week in preparation for the fall season, several local players were named among the top ones to watch in Illinois.

The website Illprepvb.com recently selected its top high school players in Illinois by graduating class, with players from Valmeyer, Columbia and Gibault making the list.

Grohmann had 165 kills and 123 service points last season for the Hawks.

Jany, who also stars in basketball and softball, recorded 96 blocks, 143 service points and 139 kills last season for the Eagles.

Voelker, who also stars in softball, finished with 260 service points and 207 kills last season for the Pirates.

In its list of the top 100 players in the Class of 2024, Illprepvb.com included Gibault junior outside hitter Lucy Range and Valmeyer juniors Mia McSchooler, Brooke Miller and Kierstin Miller.

Range recorded 287 assists and 191 kills for the Hawks last season.

McSchooler, a libero/outside hitter who also plays softball, finished with 340 digs and 165 service points last season for the Pirates.

Brooke Miller, a setter/middle hitter who also stars in softball and basketball, finished with 207 points, 59 aces, 341 kills and 83 blocks for the Pirates last season.