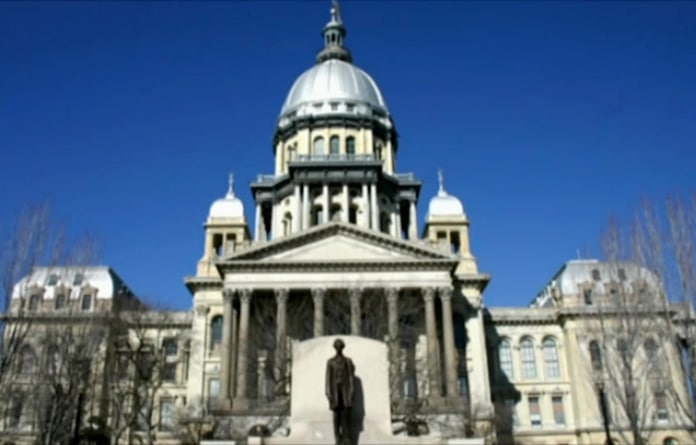 In the 2020 election, voters in Illinois will not only get to vote on who will hold some of the highest offices in the land, they will also decide how their income will be taxed.

That is because a constitutional amendment that would change Illinois’s income tax structure from a flat rate to a graduated one is on the ballot.

A signature promise of Democrat Gov. JB Pritzker, this amendment to the state constitution would allow for varying levels of income to be taxed at different rates. Since 1970, the Illinois Constitution has mandated the state tax all income at the same rate, which is currently 4.95 percent.

In addition to allowing this amendment on the ballot, the Illinois General Assembly passed a bill that would set the new tax rates, though only Democrats voted for these measures.

Proponents of the measure argue the differing rates make the graduated income tax a “fair tax,” while opponents say the fact wealthier people already pay more, if not at a higher rate, is fair.

It is important to note that these brackets do not apply to individuals based on total income earned, unless they are in the highest bracket.

Given those initial rates, the graduated income tax rate would lower taxes for most Monroe County residents.

According to the American Community Survey, which is conducted by the U.S. Census Bureau and includes data from 2013-2018, at least 90.4 percent of households here had incomes and benefits totaling under $200,000 when adjusted for inflation.

In other words, 12,077 of the county’s 12,204 households would see a small drop in their income tax rate for at least a portion of their income.

Conversely, a minimum of 29.8 percent of households would see a decrease in the tax rate for most of their earnings while paying the same rate on income between $100,000 and $250,001. That would apply to at least 3,975 households.

The county had 1,272 households, or 9.5 percent of its total households, earn over $200,000 a year. At least some of those would most likely still fall in the 4.95 percent bracket, though some are also likely to earn over $250,001 a year, meaning their income tax would rise at least 2.9 percent on a portion of their earnings.

Across the state, the numbers were similar in 2018, though a smaller percentage of people fall in the higher income brackets statewide compared to Monroe County.

All that math only holds true, however, with the tax rates the General Assembly passed last year.

Opponents of the graduated income tax amendment argue that would not remain the case for long given Illinois’s history of raising taxes, saying this amendment would essentially give lawmakers a blank check.

For more on this aspect of the debate, read a future issue of the Republic-Times.