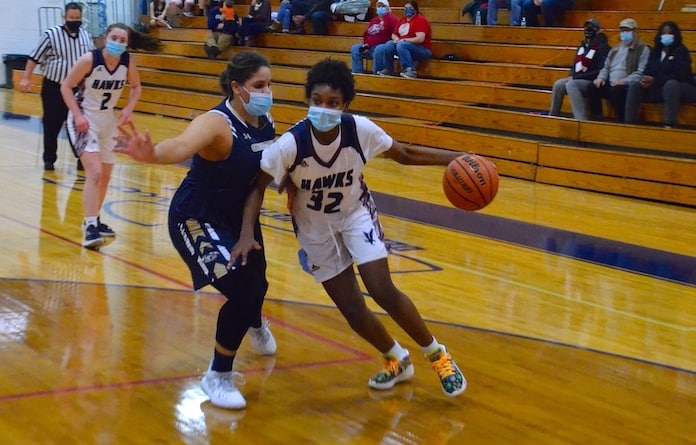 In high school girls basketball over the weekend, Gibault and Columbia picked up wins while other local teams suffered defeat.

Gibault (3-6) was victorious at Chester on Saturday, 47-43. The Hawks had a hot night from long range, making 10 three-pointers.

Columbia improved to 3-5 on the season with a 60-54 win in overtime at home Saturday against Salem. The Eagles outscored Salem 17-11 in the fourth quarter to force overtime.

Valmeyer (0-6) lost 56-28 to Marissa on Saturday. Tinleigh Jakimauskas scored 11 points to lead the Pirates, who play Tuesday at Red Bud.