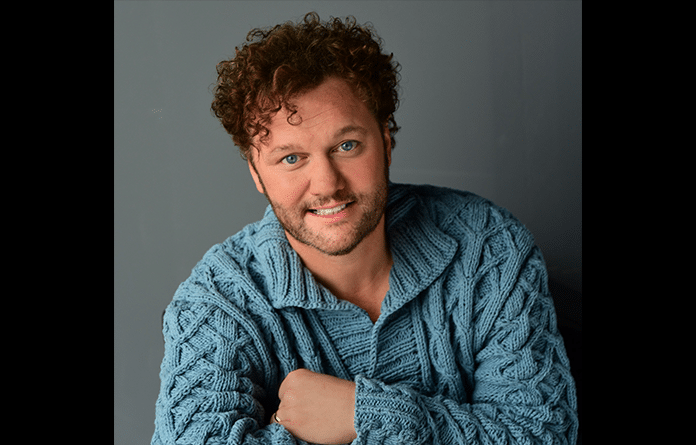 Now, he is making his way to Waterloo in early November.

Phelps, a vocal artist who performs everything from traditional gospel hymns to pop, will be one of the biggest acts to perform at St. Paul United Church of Christ as part of its Fine Arts Concert Series at 6 p.m. Sunday, Nov. 7.

Phelps said he finds joy in both large and small venues like the church.

“I love it because it’s a different type of evening,” Phelps said. “It’s a much more intimate kind of evening where we can relax a bit. Both types of nights are very appealing to me; I love the electricity of a larger venue, but I also love that intimacy of being up close and personal.”

St. Paul UCC Director of Music Ministries Gary Humphrey said bringing Phelps to Waterloo has been a long-standing dream of his.

“I’m pretty much over the moon about it,” Humphrey said with a chuckle. “It’s something that I’ve wanted to do since I first started the concert series (six years ago) because I’ve known of him for probably 20 years. In my estimation, he’s one of the finest tenors I’ve ever heard. I can’t tell you how excited I am about it.”

With gospel, classical, pop and more, plus comedy from Mickey Bell, there will be something for everyone.

“It’s kind of a family program. We laugh a lot and we sing great music and get a chance to engage with the audience, which is why I fell in love with what I do in the first place,” Phelps said. “It’s always just so thrilling for me to stand on stage and be honored by people showing up to hear my music and then hopefully have the chance to move people.”

The crowd will also hear about Holt International Children’s Services, the faith-based charitable organization that introduced Phelps and Bell.

“Holt facilitates adoption for children without families all around the globe, and it’s been an incredible relationship that we’ve had (where) we can use our platform to make people aware of the great work that they’re doing,” Phelps said.

Fans of Phelps will hear some relatively new tunes as well, thanks to his new “Gamechanger” record.

With all recordings being done during the pandemic, Phelps said a central message naturally took shape.

“Most of the songs are songs that I had written before I knew what COVID was, but it ended up to be this collection of songs that was so appropriate for what we’re all going through,” Phelps said. “The overarching theme of the record is we’ve got to come together and learn how to love each other again even with our differences.”

He explained this is evident from the beginning to end of the work.

“The first line of the record says, ‘This world is upside down, I never thought I’d be around in a time when we could hate and be told it’s OK’ and the last line of the whole record says, ‘and I did it my way, and you did it your way, and we came together and we lived in peace and harmony,’” Phelps said. “I think that’s something that resonates with most people is we’ve got to get back to the point where we can disagree with each other and then go have a cup of coffee and sit down, and we don’t have to cancel someone out that doesn’t have the same viewpoint as we do.”

Phelps and Humphrey said they are excited for such a positive night after facing limited shows during the pandemic.

“I hope that we have a chance to encourage people, to lift people’s spirits up and I hope that everybody enjoys our music and we get to celebrate being out and being together again,” Phelps said.