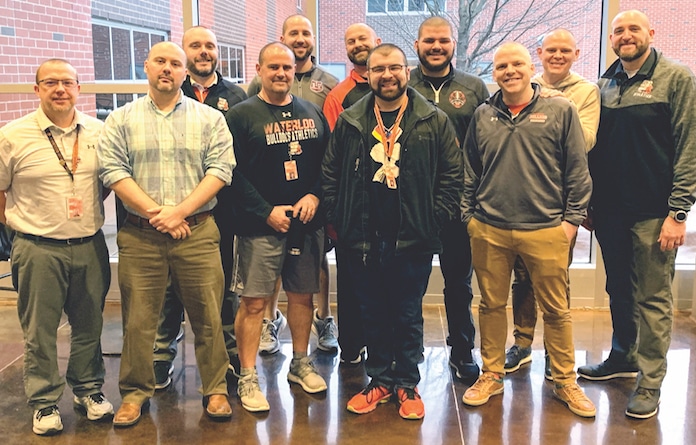 Faced with likely economic hardship on the horizon due to COVID-19, local residents still found money to donate to those less fortunate earlier this month.

Individuals did that by participating in the Shaved Head Challenge at both Waterloo High School and Stubborn German Brewing Company.

Between the two locations, over $40,000 was raised for House of Neighborly Service for young local cancer warriors like Lydia Boyer and Elsa Wiemersalge.

“We’re blown away at how many people showed up, especially with everything going on,” said Breeyn Lane, who helped organize the event.

Breeyn and her husband, Dan, organized a similar fundraiser in 2016. They saw an exceptional turnout then, so they decided to do it again.

“We honestly just wanted to do anything we could to help these two amazing families and give back,” Breeyn said.

The same was true for Waterloo School District Athletic Director Mitch North, who knows the Wiemerslage family through his church and school.

“I wanted to do what I could to help out,” North said. “I think seeing my post on Facebook led to the basketball staff discussing doing this as a community service/outreach project. I believe it was a domino effect from there as other staff members saw this as away to be a positive force in our community and show our students that it is always great to do something kind for others and to just support a community initiative.”

North got his head shaved at Stubborn German as he was at a meeting during the WHS event.

The Lanes are still calculating the money raised at the Stubborn German event on Saturday, but the total is already over $30,000.

Over 60 people shaved their heads.

At WHS, North reported the faculty and students who got their heads shaved raised $10,180.12, in addition to over $2,000 raised by students.

“I just see this as another example of how this community always steps up when someone is in need,” North said.