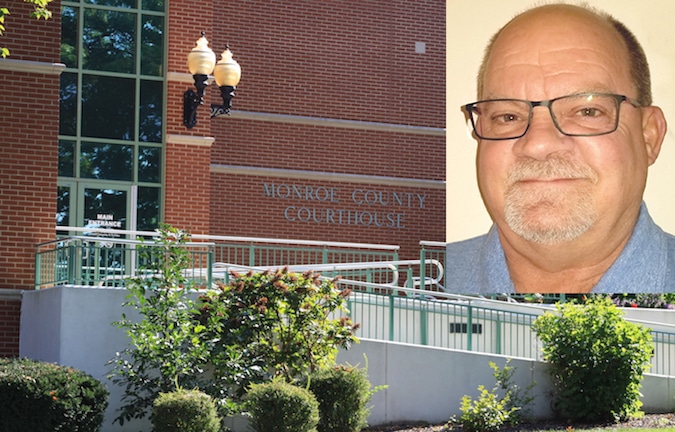 Democrat Duane Langhorst announced Monday that he is running to replace outgoing Republican Bob Elmore on the Monroe County Board of Commissioners.

Barring a primary challenge, Langhorst would face Republican George Green for Elmore’s spot in the November 2020 election. Elmore is not seeking a new term in office.

“I’m running for commissioner because I’m happy to live in Monroe County and want to help make it better than it already is,” Langhorst, 60, said. “I hope that my life experiences and longtime residency in the county can improve our governance of it.”

A Fults resident, Langhorst is a retired union carpenter and millwright.

He graduated from Gibault Catholic High School in 1977, then immediately served almost three years in the U.S. Air Force as a aircraft maintenance specialist.

After his military service, Langhorst’s career included working for about 24 years at Proctor & Gamble as a construction supervisor.

He said that gives him administrative experience.

“I do have experience with time sheets, time cards and hours logged and I guess what you’d call office paperwork,” Langhorst noted.

He also currently serves as president of the Monroe County Democratic Club.

Additionally, Langhorst has served as a delegate to the Carpenters District Council in the St. Louis-Kansas City region and vice president of a local union.

Langhorst said he is pro-union and would like to see construction and building projects go to union workers.

Langhorst and his wife, Michele, have three children and four grandchildren.

He said his goals, if elected, include helping the county continue to grow.

Republicans currently hold all elected offices in Monroe County except for that of judge.

In addition to the county commissioner race, there will be a contested race between Republican Ryan Martin and Democrat Celeste Korando for state’s attorney.

Other county positions up for election – circuit clerk and coroner – currently appear uncontested.

Those offices are held by Republicans Lisa Fallon and Bob Hill, respectively.