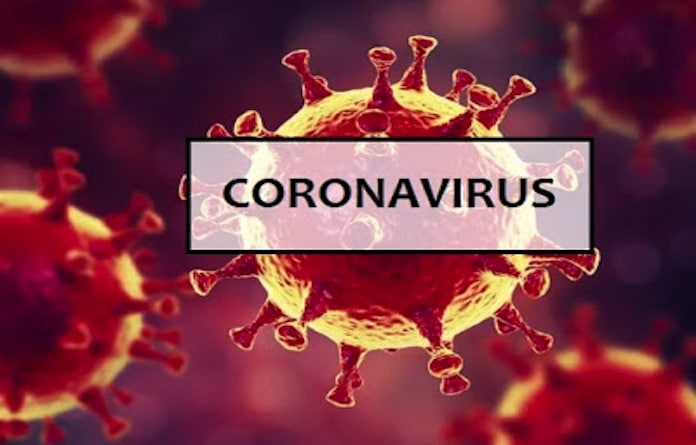 There has been a small coronavirus outbreak at Oak Hill Senior Living & Rehabilitation in Waterloo, and the Illinois State Police visited Monroe County on Thursday night to see if businesses are complying with state-imposed restrictions.

All those people appear to live in one wing of the facility and have been asymptomatic so far, he said. Oak Hill found the positive tests after its latest round of baseline testing.

“They’ve done everything possible to keep it out of there,” Wagner said of Oak Hill before noting the facility is working closely with the health department. “There have been a few workers who have tested positive there since the start of this. It appears that it did get in there somehow, but hopefully we’ve got it locked down now and it’s not going to be a mass spread. And hopefully the people who’ve got it will remain asymptomatic.”

Oak Hill Administrator Brian Koontz told the Monroe County Board Monday that 11 residents and one staff member had tested positive for the virus so far, with a couple of them showing minor symptoms. All of those people are being retested.

Wagner also confirmed that officials with the state police visited Monroe County to see if bars and restaurants are complying with the latest mitigation measures aimed at curbing the spread of the virus in the metro east.

“It was against my advisement for them to do that, but they came down anyway,” Wagner said.

The officers issued a few warnings, according to Wagner, but there is a dispute over their authority to do so. The ISP argues it is within their authority and jurisdiction, but Wagner contends they do not because he said the mitigation measures are guidelines, not laws or rules that have passed through a formal process.

“They even cited a code that was not even accurate, that did not even exist,” Wagner said, adding that he and the ISP will sort this out over the next few weeks.

Washy’s Saloon in Waterloo posted Friday on Facebook that it was one of the businesses “cited” Thursday night by the ISP for “not following (Gov. JB) Pritzker’s edicts.”

“It’s not worth the paper it’s written on,” the business posted. “If we were breaking any laws, they would have arrested us. We aren’t intimated, governor.”

For its part, the ISP said it was only doing its job.

“In response to a consistently high positivity rate in Region 4 and complaints about a small number of businesses violating public health rules, the Illinois Department of Public Health requested assistance from the Illinois State Police in our role of helping to enforce IDPH emergency rules,” ISP Central Acting Deputy Chief Mindy Carroll said. “As outlined in the administrative rule, enforcement is an incremental process starting with a notice of non-compliance. If businesses continue to not comply, as has been the case in some instances in Region 4, state or local law enforcement can issue the business a misdemeanor citation, similar to enforcing indoor smoking laws. Local state’s attorneys determine how to proceed as they would in any other misdemeanor case.”

Also on Friday, Monroe County learned it did not make the Illinois Department of Public Health list for being at the warning level for the fourth consecutive week.

The county met the other metrics of number of deaths, emergency department visits and hospital admissions for COVID-19-like illnesses and ICU bed availability.

Monroe County has had 635 coronavirus cases since the pandemic began, with 68 new cases since Sept. 9.

At last count, there were 54 active cases and three residents hospitalized with the virus.

Friday’s developments come as the region will not face any additional mitigations to slow the spread of coronavirus in the region.

“The state shared with us that while they thought our numbers were looking better, they’re going to keep monitoring us. But for now, there will be no additional mitigations put on our local businesses,” St. Clair County Board Chairman Mark Kern said Tuesday in a video posted to the St. Clair County Emergency Management Agency Facebook page.

Kern said he learned of this update on a call with local leaders.

More mitigations could be implemented within the next 14 days if the region’s metrics worsen, however.

The IDPH announced all indoor service at bars and restaurants in the metro east were prohibited effective Sept. 2 to help slow the spread of the virus. That remains in place.

According to the state’s coronavirus resurgence mitigation plan, if the region’s positivity rate remains over 8 percent after current restrictions have been in place for two weeks, more mitigation measures may be implemented.

If it drops to an average between 6.5 and 8 percent, current restrictions will remain in place and the state will consider imposing more. If it falls to 6.5 percent or lower, current limitations will be lifted.

The region has not seen hospitalization increases since Sept. 10. It has 33 percent hospital availability and 47 percent ICU bed availability.

This week, JV’s Downtown Bar & Grill in Waterloo closed after an employee tested positive for coronavirus.

“We are in the process of getting all remaining employees tested,” JV’s posted on Facebook. “JV’s will remain closed until that happens. We are working with the health department on proper procedures to reopen safely.”

Wagner reiterated an earlier fact that false positive tests for coronavirus are extremely rare, noting that hundreds of thousands of tests are done each day and dozens are performed in Monroe County daily.

“You hear about the test that gets misreported, or didn’t get reported or doesn’t come across from Missouri to Illinois to count in our numbers,” Wagner said. “It does happen. Yes, there are missed tests. Yes, there are people who have received positive test results who say they’ve never had a test taken.

“Those do happen, but they are by no means a high percentage that would change the numbers as far as a positivity rate or anything like that.”

Given the trends nationwide, Wagner said the pandemic is on the right track.

“We’ve got some much better treatment options, and the hospitals are not getting overwhelmed,” Wagner said. “If things continue on this trend, we’re going to be approaching a flu-like scenario shortly where the death rate and the sicknesses are equivalent to the seasonal flu. We still have to use caution on the compromised individuals.”

In St. Clair County, there have been 7,074 total positive tests and 187 coronavirus-related deaths. A total of 81,869 tests have been performed there.

Randolph County has had 934 confirmed cases, 60 of which are active. Eleven people have died from the virus in that county. A total of 11,828 people have been tested there.

Nationally, more than 6.9 million people have contracted the virus, while at least 200,443 people have died.

Worldwide, there are over 31.3 million cases of coronavirus and at least 965,684 COVID-19-related deaths.