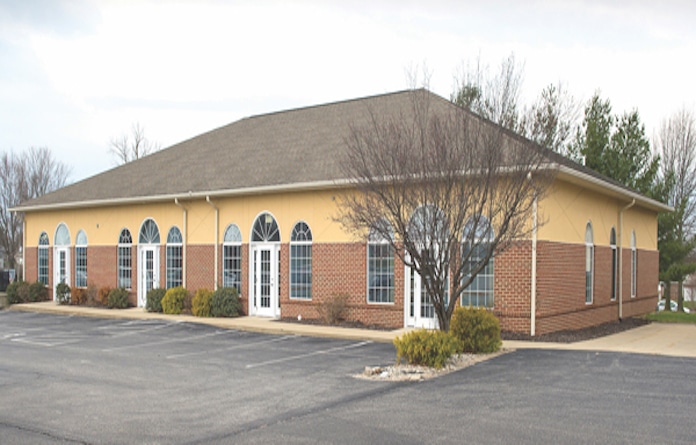 While many questions still surround the novel coronavirus, we know that it affects people differently.

Two Monroe County residents who had relatively mild cases of the virus underscore that point, as they had two vastly different experiences.

“It really hits everybody differently,” said Josh Boyer, the 39-year-old community outreach minister at Hope Christian Church in Columbia. “Everybody I talked to previously who had it said it was just like a cold or they were asymptomatic, and that was not my case.”

Denise Vogt, the 63-year-old owner of JV’s Downtown Bar & Grill in Waterloo, said her case was less severe than that, though she knows people who have been hospitalized with the virus.

“It wasn’t bad. It was mild,” Vogt said. “I just felt so fortunate that’s what it was.”

The Centers for Disease Control and Prevention reports that people with COVID-19 have had symptoms ranging from mild to severe, including fever or chills, cough, shortness of breath or difficulty breathing, fatigue, muscle or body aches, headaches, loss of taste or smell, sore throat, congestion or runny nose, nausea or vomiting and diarrhea.

Boyer contracted the coronavirus after a volunteer with his church’s music team attended practice on a Thursday early this month.

That individual – who did not attend church that Sunday – was asymptomatic at the time, but started experiencing symptoms by Sunday.

The band did not have close contact with churchgoers, but Boyer was preaching that Sunday so he did interact with the infected person.

Church staff quarantined as a precaution when the volunteer started to get sick, and by that Wednesday Boyer had a fever and a “real bad headache.”

“The fever lasted about an hour for me, and it went down on its own,” Boyer said. “But the headache lasted forever.”

Vogt started feeling sick around the first Friday of September, though she did not think much of it at first.

“I felt like it was my fall allergies,” she said. “I had nasal issues and a headache that went along with that, but that was all I had at that point.”

She stayed away from JV’s as a precaution because she was sneezing so much, and later the next week she learned one of her friends tested positive for COVID. She also developed more symptoms.

“I wasn’t really feeling too bad except for a brain fog, more than anything else, and feeling really tired,” she said.

Vogt got tested for the virus and got her positive diagnosis a little over a week after she started feeling ill. She said the diagnosis was frustrating but unsurprising.

Boyer, on the other hand, got tested the day after he started feeling sick, which was a week after he was first exposed to the virus. He learned eight days after the practice that he had contracted it.

“I suspected (I had it) once I had a fever and didn’t have a reason for it,” Boyer said.  “I was frustrated at the whole situation.”

Since his young daughter, Lydia, is immunocompromised, the Monroe County Health Department put Boyer in a motel room to quarantine.

Vogt quarantined at her house, staying separate from her husband, Jeff, and treating her symptoms as much as possible.

The couple also decided to close their business and require all employees to test negative for the virus before returning to work.

“I would not have been able to live with myself if I felt like someone had come in and gotten this from JV’s,” Vogt said.

Vogt never had a fever or much of a cough, though she developed some stomach issues. In addition to her age, her doctor said her high blood pressure and high cholesterol could make the effects of the illness worse, but that did not happen.

Boyer, whose doctor told him his weight could exacerbate the illness, experienced a wider range of symptoms.

After his fever on Wednesday, he felt better the next two days before developing what he called “minor cold symptoms” on Saturday that worsened on Sunday.

“It never felt like flu-like symptoms,” he said. “It felt like a really strong cold. I had congestion, a runny nose. Every day was a little bit of a different symptom for me.”

Around his fourth day of being sick, Boyer developed a cough that worsened over the next two days. Then, about a week after first feeling ill, he felt a pressure on his chest.

Thankfully, that went away the next day, but it was replaced by him being unable to take a deep breath.

Although he was “coughing (his) brains out,” Boyer went to the emergency room because that symptom scared him. He left before seeing a doctor because he felt better and felt guilty about exposing others to the virus.

The next day, he called his doctor, who sent him to get X-rays because she did not like the sound of his cough. Those came back fine.

From that point on, Boyer started feeling better.

Vogt also got on the upswing after several days of being sick, but she still feels the effects of her illness.

“My main thing is I’ve just been so tired,” she said, noting her friends who had the virus have also felt exhausted. “I can sleep in the afternoon for a couple hours and have no problem going to bed at 9 p.m.”

For all his symptoms, Boyer never felt particularly exhausted – even running in the motel parking lot despite not being able to breathe properly.

“The crummy thing is here I am, two weeks out, and I’m not exhausted like a lot of people are, but I still have this awful cough that I’m trying to figure out how to get rid of,” Boyer explained. “I’m on my third bottle of Mucinex DM and my second or third bottle of NyQuil and DayQuil just to suppress it.”

Boyer said one of the worst parts of having COVID-19 was being unable to be with other people.

“It started feeling like a prison just a few days in,” he said. “I was battling anxiety.”

Having had the virus, both Vogt and Boyer expressed support for the safety measures recommended by health officials like wearing a face covering and practicing social distancing.

“We definitely need to do it,” Vogt said of the measures, noting many stories exist of people with more severe cases than hers. “Being a business owner, I want to get back to normal as much as anybody. But there are things that are more important to me as far as the safety of my customers. That is foremost for me, as opposed to ‘we’re going to open up and we don’t care.’”

Since Lydia is immunocompromised, Boyer said he would continue to be as safe as possible and encouraged others to do so.

He also asked for people to be respectful of and care for each other.

“You don’t know everybody’s situation. Just because they are wearing a mask or not doesn’t necessarily mean what you think it means,” he said. “So, just remember to care for people and be respectful.”