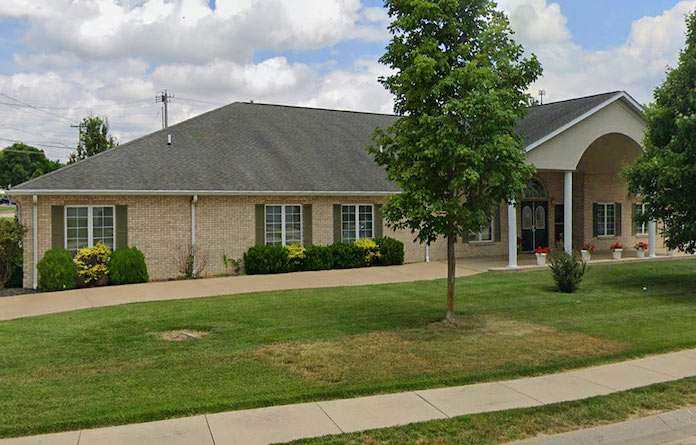 With the Waterloo City Council amending the special use permit process, the Martinezes have a second shot at bringing their women-only recovery residence to the city.

This process kicked off Tuesday night, as the Waterloo Planning Commission met in the high school auditorium and ultimately decided to recommend that the Waterloo Zoning Board of Appeals approve a special use permit request for Cornerstone Laine to occupy 228 Mueller Lane with key conditions.

The vast majority of these conditions remained the same as what the planning commission decided in the summer. However, a few extra details were added.

After hearing from Leisa Martinez on a fencing stipulation and how difficult it has been to secure materials, the planning commission decided that while still recommending a six-foot privacy fence around the facility, it would add the Martinezes have one year after receiving the certification of occupancy to construct it.

“Would we be able to put in say a time frame that it must be done within a year or something along those lines, something reasonable, to take into account the realization that these days it’s just hard to get stuff done quickly?” Pittman said.

Stephanie Hunter, owner of the Beauty Room adjacent to the proposed site of Cornerstone Laine, reached out to the Republic-Times. As a former drug addict who is nine years clean, Hunter said she knows such drug tests are not always reliable, as one’s results can vary based on weight and how they use. She also said when residents travel from a detox facility to Cornerstone Laine, they can still use or obtain drugs along the way.

“There are no stipulations about who picks them up and gives them a ride there,” Hunter said. “I have had my parents pick me up and I’ve had them stop at (some) location along the way where I have people meet me and give me drugs so that I could get high on the way down there. I’ve had my drug-addicted boyfriend pick me up and take me to rehab before and I got high the whole way there.”

Unlike the previous round of Cornerstone Laine special use permit meetings, there were far less community members at Tuesday’s meeting.

Many neighboring residents spoke out against the idea of such a facility during planning commission and zoning board meetings held this summer. This time, only one meeting attendee took to the podium for public comment aside from Martinez.

Jim Duckwitz said the planning commission’s previous advisory report on this special use permit left much to be desired and was not easily accessible. Duckwitz shared that he had to file a Freedom of Information Act request to obtain the report.

Duckwitz also said he is disappointed that recent meeting minutes of both the planning commission and zoning board meetings are not online.

Waterloo Planning Commission Chairman Nathan Rau said the commission has a revised, more in-depth report they were using at this meeting.

“We’re working on getting those updated,” said Nathan Krebel, Waterloo’s building inspector and code administrator. “I will admit there are some from the planning commission that are probably a year missing and I took this role about six months ago. They will be updated.”

The next step in this process is the zoning board meeting set for Thursday, Oct. 21, in the Waterloo High School auditorium.

For past coverage on Cornerstone Laine, including arguments both for and against the development on Mueller Lane, click here.