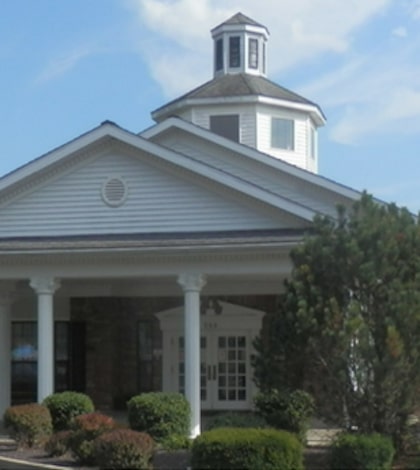 After Integrity Healthcare of Columbia was fined $25,000 for a violation that proximately caused a resident’s death, a Republic-Times investigation found similar issues are not uncommon at the senior care facility.

On its website, the Centers for Medicare and Medicaid Services gives Integrity Healthcare of Columbia an overall rating of one star out of five, which means it is “much below average.”

“It’s just been a nightmare down there,” Monroe County Coroner Bob Hill said. “They can’t keep their administrators and things like that, so I don’t know what the deal is with corporate. I know their report card, with all their facilities they own, is horrible.”

Integrity Healthcare Vice President of Business Development Kenya O’Neal did not have much to say when asked for comment on this story.

“We are prohibited from providing information regarding residents’ care and treatment,” O’Neal said. “Integrity of Columbia strives to provide a loving and caring environment for our residents.”

Several of those locations get similarly poor ratings of one or two stars, with a few receiving three or four stars.

The rating is compiled from star ratings on health inspections, staffing and quality of resident care.

The Columbia location has one star on health inspections and staffing and three stars on quality of resident care.

It received that staffing rating because the facility is understaffed, with residents getting about 30 fewer minutes per day with licensed nurse staff or a registered nurse compared to the state average.

It received the higher quality of care rating based on a number of statistics such as percentage of residents who were re-hospitalized, experienced a fall with major injury or got the flu shot.

Perhaps the most troubling information, however, comes from the health rating.

According to the CMS, Integrity Healthcare of Columbia received 28 health citations for being out of compliance with federal regulations on its most recent annual inspection.

The Columbia facility has received a total of 43 complaints that have resulted in health citations in the last three years.

The vast majority of citations found the deficiencies were relatively minor, with the CMS classifying them as causing minimal harm or having the potential for actual or minimal harm.

Most of the deficiencies also affect only a few or some residents, the two lowest classifications, but some affect many residents, the highest designation.

The minor deficiencies range from failing to ensure residents’ rooms, shower rooms and hallways are clean and failing to prevent abuse.

In that latter case, a May 1 report indicates an inspector found the facility failed to prevent abuse and take the proper steps after the abuse occurred.

According to the Illinois Department of Health and Human Services report, a “cognitively intact” resident who used a wheelchair said an administrator and two other employees “ripped her clothes and sprayed her with cold water.”

The resident had bruises on her right hand and left elbow, the report states, from the employees physically forcing the resident to take a shower.

The offending employees were suspended pending an internal investigation, but the facility was still cited for failing to implement its own policies because it delayed the investigation and allowed employees to have contact with residents following the incident.

Similarly, the facility was also cited for failing to timely support abuse allegations and for allowing the continued contact.

There are a handful of more severe incidents, however, that have resulted in what the IDPH calls “actual harm.”

In one such case from February, the IDPH found, “the facility failed to assess and identify a significant need to alter medical treatment.”

That resident was later hospitalized because of that failure, eventually dying in hospice after being discharged from the hospital.

That case resulted in the $25,000 fine – which was reported in our July 31 issue – but it was not the first time a facility at that location had such problems.

The previous company that owned the facility was sued in 2017 for failing to properly monitor or supervise a resident at a high risk for falls. It was also sued in 2015 following an alleged injury fall.

In addition to the February death, Hill said he is currently investigating the death of a patient who fell.

Hill said he will rule that an accidental death, but he reported it to the IDPH – which regulates nursing homes – because of the patient’s condition.

“It’s my job to investigate it and look out for these patients that are there,” Hill explained. “They’re elderly and some of them don’t have families, so there’s no one to come back and check on their care.”

Once the IDPH receives a complaint, usually from its hot line number, the agency determines if it needs to send an investigator.

If it does, that person must observe, interview and perform a record review as part of his or her investigation.

For some of the citations, the facility must complete a plan of correction, which it does.

But problems seem to keep happening.

“We’ve had nothing but problems at this facility,” Hill said.