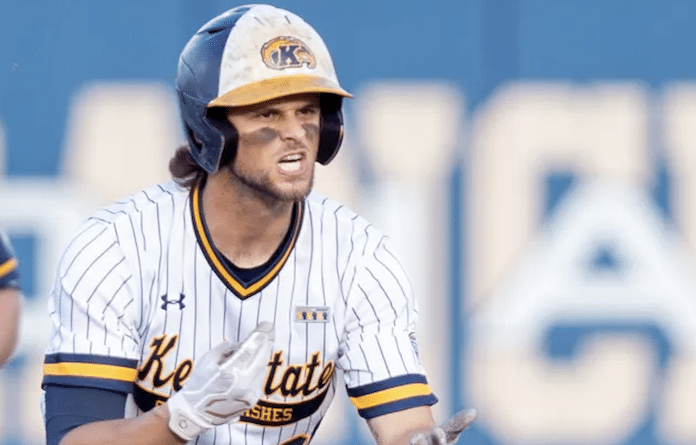 Local fans of the Gateway Grizzlies will see a familiar face in the lineup this summer at GCS Ballpark in Sauget.

Columbia native Cam Touchette is entering his first season as an outfielder for the Frontier League club following a successful collegiate baseball career.

He transferred to Kent State following two solid seasons at the junior college level with John A. Logan College.

The 2016 Columbia High School graduate was selected to the 2017 NJCAA Division I Baseball All-American Third Team following an impressive freshman season at Logan College. He hit .433 with a .547 on base percentage that spring with 27 RBIs, 27 stolen bases and 74 runs scored in 51 games.

Touchette also enjoyed success with the Valmeyer Lakers of the Mon-Clair League during the summer. He was Monroe Division Rookie of the Year in 2017.

The Gateway Grizzlies finished with a record of 38-57 last season. They compete in the Frontier League’s West Division against the Florence Yalls, Evansville Otters and Southern Illinois Miners.

The Grizzlies open their regular season at home Friday night, May 13. For tickets or more information, call 618-337-3000 or visit gatewaygrizzlies.com.