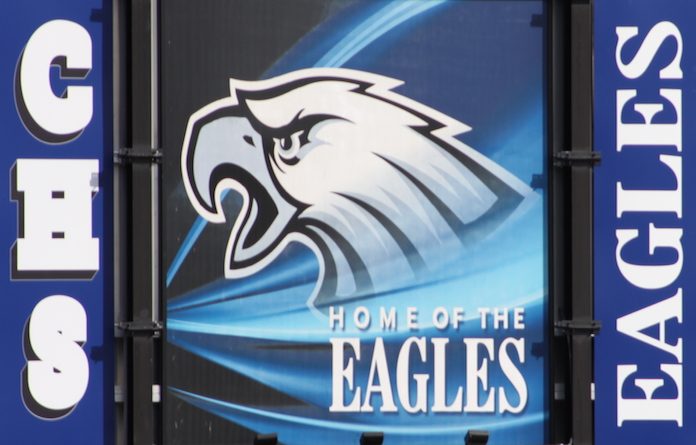 Columbia High School will soon be getting a makeover.

CHS Principal Brian Reeves spoke to the Columbia School Board at its January meeting about wanting to rebrand the school by designing a new logo and mascot.

Reeves outlined four reasons for the rebrand, the first of which was that various principals have used at least six different logos on signage, student club materials, documents and more.

“That kind of puts out a confusing message, I believe, to the staff, students and community,” Reeves reasoned.

Reeves said a new logo would allow the school to differentiate itself from others, as the current one is a variation of an eagle used by many schools and even the Philadelphia Eagles of the National Football League.

The rebrand would also allow school groups to have one logo instead of various ones and give the community a way to display the CHS logo proudly to support the school without any confusion.

That is related to one of Reeves’ goals for the rebrand, which is to give the school a universal logo to use for all purposes.

He said that would help foster a sense of community in the school and town.

“We are not eagles. We are Columbia’s Eagles,” Reeves emphasized.

Other goals for the rebrand are that it would provide an adaptable logo that could be adjusted for various purposes, give sports teams flexibility in their uniform purchases, inspire other Columbia schools to create a softer, more kid-friendly version of the logo like the Waterloo school district has and generate revenue for the school and booster organizations.

Reeves said the immediate costs of the rebrand would only be approximately $3,600-$4,800 for a new mascot, logo creation and public relations materials, plus labor hours committed to developing a style guide.

The school board approved the idea, though it also requested Reeves open the opportunity for students to submit designs that could serve as or inspire the final logo.

Reeves said he would do that, and noted he plans to have a committee of students, teachers and coaches decide on the final rebrand.

This process will need to move quickly because the board unanimously OK’d plans to refinish the gym floor at CHS in July.

“It needs to be done,” Interim Superintendent Victor Buehler said of the project.

Best Gym Floor Art, who submitted the lowest bid for the project, will need the new logo to put on the floor before it begins.

Additionally, the board approved a contract with ADT Commercial for just over $61,000 to replace the control/swipe card entry system throughout the district.

It received three bids for the project, including from Barcom Security, which installed the current, old system.

The board unanimously approved this upgraded school safety feature.