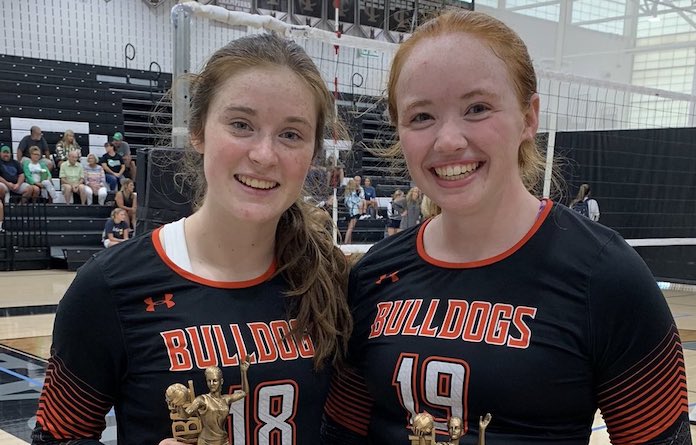 After starting the season with two losses, the Waterloo High School volleyball team has seemingly found its groove.

The Bulldogs (5-2) have won five straight matches, including four at the Carbondale Tournament on Saturday to take first place.

Josie Briggs and Emma Day were selected to represent Waterloo on the all-tournament team.

Columbia (5-4) went 2-3 at the always-tough Edwardsville Tournament over the weekend.

In the win over Mater Dei, Jany recorded nine kills and eight blocks.

On Saturday, Columbia lost to Dunlap in three sets, Edwardsville in two sets and Pleasant Plains in two sets.

Prior to the tourney, Columbia topped Salem on Thursday, 25-14, 26-24. Megan Fredenberg and Addison Miller each had seven kills each.

Columbia posted a 25-18, 25-20 win over Wood River on Tuesday. Fitzgerald finished with six kills and Toenjes had 12 assists.

The Tigers play at Wood River this coming Tuesday.