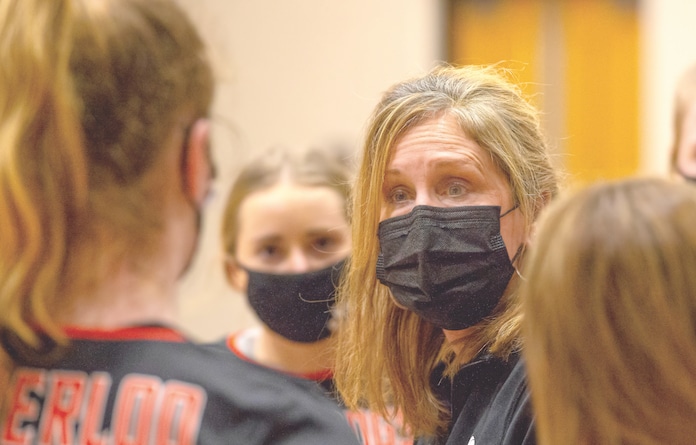 Waterloo played at Triad on Tuesday, winning an 11th straight, and hosts Jerseyville on Thursday.

Briggs leads the ‘Dogs in points this season with 100. Montgomery leads in kills with 117. Schwehr leads in assists with 277 and Emma Day leads in blocks with 37.

Sophie Gill-Kemper leads the Eagles this season with 100 points and 111 kills. Jany leads in blocks with 48. Toenjes is the assists leader with 123.

On Thursday, the Pirates posted a 25-12, 25-13, victory at home over Lebanon. Birthday girl Brooke Miller shined with 13 kills and four blocks for the Pirates.

She leads the team with 171 kills and 46 blocks this season.

Kierstin Miller leads Valmeyer with 125 points, and Jayna Krekel leads in assists with 244.

Gibault (7-9) has been idle since a Sept. 20 loss to Columbia. The Hawks host Father McGivney on Monday and Mater Dei on Tuesday.

The Tigers host Father McGivney on Wednesday and play Thursday at Marissa.