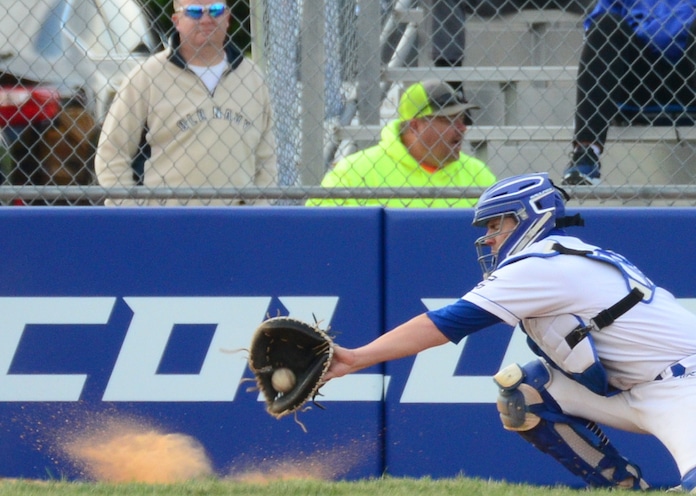 For the first time in more than 14 months, the Illinois High School Association will be handing out state hardware.

COVID restrictions resulted in baseball and other spring sports being canceled entirely last year. Fall sports finished at the sectional level last year. Abbreviated winter sports slates for basketball and an early spring sports schedule featuring football, girls volleyball and boys soccer playing in the spring instead of fall did not have postseason competition.

With the state finally reopening, IHSA sports like baseball have the chance to end their seasons vying for state hardware later this month.

The baseball postseason begins this week with regional play.

Last Tuesday, the Eagles won 12-0 at home against Wood River on senior night. Nolan Zarek, a senior righthander, pitched a five-inning no-hitter with 10 strikeouts and one walk. He also went 2-for-3 with a double and four RBIs at the plate.

This was the third short-game no-hitter of the spring for Columbia. Fellow seniors Jackson Holmes and Adam Wibbenmeyer threw no-hitters on May 12 and May 10, respectively.

On Saturday, the Eagles lost 7-4 and won 4-1 at Belleville East.

A tall righthander who has committed to Saint Louis University, Holmes is 5-1 with a 2.01 ERA.

The Hawks host Wood River at 4:30 p.m. Wednesday. With a win, Gibault would play at Columbia at 4 p.m. Friday.

The Eagles edged the Hawks, 9-6, on May 5. The regional final takes place Monday, June 7.

On Monday, the Hawks won 12-1 at Red Bud. Darin went 2-for-2 with three RBIs and the pitching win. Hanvey stole two more bases, giving him the program’s all-time season stolen base record of 29.

In Class 1A, Valmeyer (9-10) competes in Regional A under Sectional 8 and will play at New Athens (8-6) on Friday. The winner will play Monday, June 7 for a regional title. Steeleville is the top seed in this regional.

The Pirates won 9-1 at Red Bud last Tuesday. Jacob Rowold had a double and three RBIs in addition to a complete game three-hitter on the mound. Henry Weber went 2-for-4 with three RBIs.

Also in Class 1A, Dupo (2-10) hosts Bunker Hill in Regional B under Sectional 7 on Wednesday. With a win, the Tigers would take on Okawville this Friday.

In Class 3A, Waterloo (6-21) plays in Regional B under Sectional 8 and will play at Marion at 4:30 p.m. Friday. With a win, the Bulldogs would play the winner of Carbondale/Marion on Monday.

Waterloo, which has played without top pitcher Dustin Crawford most of the season due to injury, has dropped five straight games.

The Bulldogs lost 2-0 at Jerseyville last Wednesday, 12-4 and 7-3 to Freeburg on Saturday and 8-2 at Edwardsville on Tuesday.

Evan Davis is hitting .308 for Waterloo and senior Marcus Heusohn has 13 runs and nine RBIs to lead the team.

Logan Hopfinger is 2-3 with a 2.06 ERA to lead Waterloo’s pitching staff.

The IHSA state baseball finals are June 17 for Class 1A and Class 3A and June 18 for Class 2A.

Class 1A and 2A are played at Illinois State University in Bloomington. Class 3A is played in Schaumburg, home of the Frontier League’s Schaumburg Boomers.