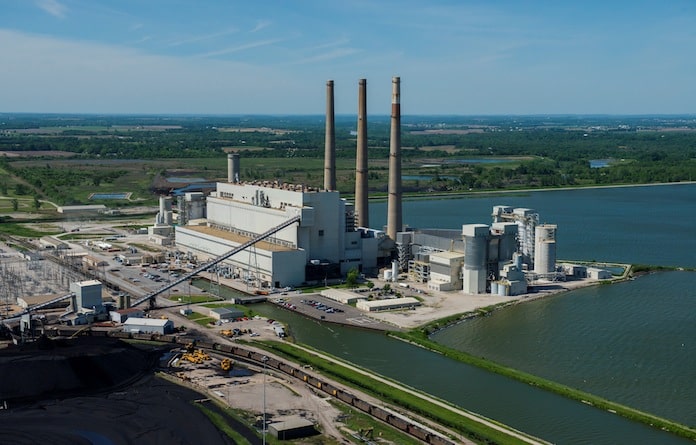 The coal-fired power plant in Baldwin is set for closure by the end of the year 2025 or “sooner should economic or other conditions dictate,” per a news release issued Tuesday morning by its parent company. Read the release by clicking here.

Vistra Energy disclosed a plan to accelerate its transition to clean power generation sources and advance efforts to reduce its carbon footprint. As part of this transition, Vistra announced an intention to retire its generation subsidiaries’ coal plants in Illinois and Ohio.

In 2018, Texas-based Vistra Energy – the parent for TXU Energy and Luminant – completed a merger with Dynegy, which had owned the Baldwin power plant.

“The advance notice of these retirements provides us with ample time to work with our impacted employees and communities to ease the impact of the closures, including seeking the passage of the Illinois Coal to Solar and Energy Storage Act,” said Jim Burke, chief operating officer of Vistra.

One of three units at the Baldwin power plant ceased operations in 2016 due to a failure to recover basic operating costs, the company said. There are 130 employees at the plant currently.

Vistra spokesperson Meranda Cohn said Tuesday the Illinois Coal to Solar and Energy Storage Act would help to ensure Baldwin stays operational through 2025, “which is certainty that cannot otherwise be provided.”

“There are a number of regulatory, environmental, political and economic challenges facing the plant – which put the plant at risk of closing prior to 2025,” Cohn said. “However, the company is doing everything it can to make the plant economically viable for as long as possible.”

Climate Jobs Illinois, which represents hundreds of thousands of working men and women, called for creating a just transition for workers and local communities impacted by these anticipated coal plant closures.

“As Springfield debates new energy legislation, the final bill must include meaningful policies that support the workers, families and communities affected by Illinois’ transition to clean energy,” said Nikki Budzinski, executive director of Climate Jobs Illinois. “That means providing workers lost wages and benefits, meaningful job support and apprenticeship opportunities, and replacing the lost tax base in these communities. Climate Jobs Illinois will be an advocate for these issues to ensure workers are not left behind in the state’s move to a clean energy future.”