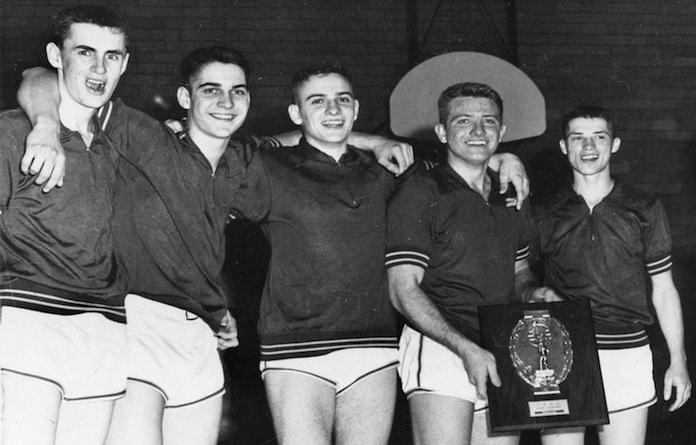 The Republic-Times Team of the Week is the 1952-53 Valmeyer High School basketball squad coached by Vern Tomlinson. The Pirates, led by starters Norb Vogel, Gene Mentel, Bob Wheat, Ross Schneider and Dennis Ritzel, finished the season with a school record for victories (27) and won conference, district (defeating Waterloo) and regional titles (defeating East St. Louis) before falling to perennial hoops powerhouse Collinsville, 66-63, in the sectional. Other team members included Norman Weber, Arlen Harres, Glen Foster, Fred Hotz and Alvis Hoffmann. “We were behind all the way, but Norb hit two shots in a row and we went ahead by four points in the fourth quarter,” Schneider recalled of the showdown with Collinsville at the Ainad Temple in East St. Louis. “The place, it was almost a riot, and the very next play, they fouled (Vogel) out. I’d like to know who that ref was.”