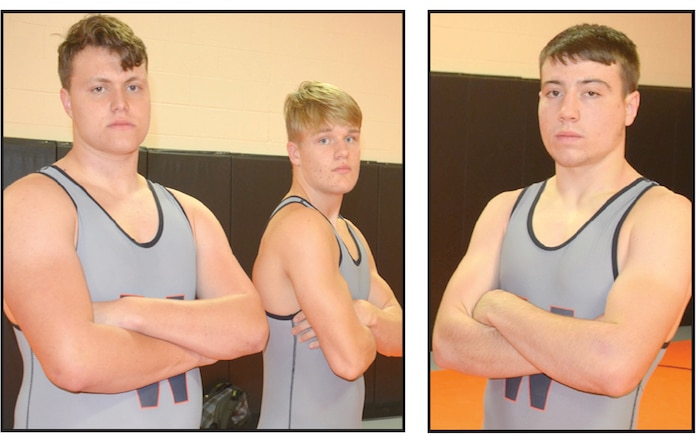 On the heels of an historic season for the Waterloo High School wrestling program in 2020, three Bulldogs enter 2021 ranked among tops in all of the state.

The website Illinoiswrestle.com recently issued its preseason rankings in Class 2A for 2021, with Waterloo’s Jordan Sommers, Brandon Lloyd and Brett Howard all on the state radar.

Sommers, a 195-pound junior, is ranked No. 1 in Illinois for his weight class, according to the site. Sommers went 32-6 last season and won the first state medal in WHS wrestling by placing fifth at the IHSA state meet.

Sommers was also a regional and sectional champion for the Bulldogs.

“The day after the tournament, he was already back in the gym training. He wants to be great so badly, and he feeds off other people telling him he can’t do something,” WHS wrestling coach Chase Guercio said at the end of last season.

“They have me at No. 1 (the way it should be),” Sommers posted on Twitter after these rankings were released. “I can’t wait to go out there and prove it.”

At 160 pounds, Waterloo junior Brandon Lloyd is ranked fifth in the entire state, according to Illinoiswrestling.com. Lloyd also qualified for state last season and set the single-season record at WHS for wins  by going 40-13.

“He is such a joy to coach and he broke an impressive record for school wins in only his sophomore season,” Guercio said.

At 285 pounds, Waterloo senior Brett Howard – who is also a standout football player – is ranked fifth in the state by the website. Howard qualified for state last season and finished with a record of 37-11, earning first team all-conference after going unbeaten at the Mississippi Valley Conference wrestling tournament.

While high school sports remain in limbo in Illinois due to the COVID-19 pandemic, the IHSA has said it still plans to allow sports to compete in 2021.

“There have been no cancellations of any sports, or discussions about cancelling any sports, thus far,” IHSA Executive Director Craig Anderson said. “The IHSA Board appreciates the patience and flexibility of IHSA membership and remain optimistic, especially as vaccines begin to be administered, that we will return to conducting IHSA sports early in 2021.”