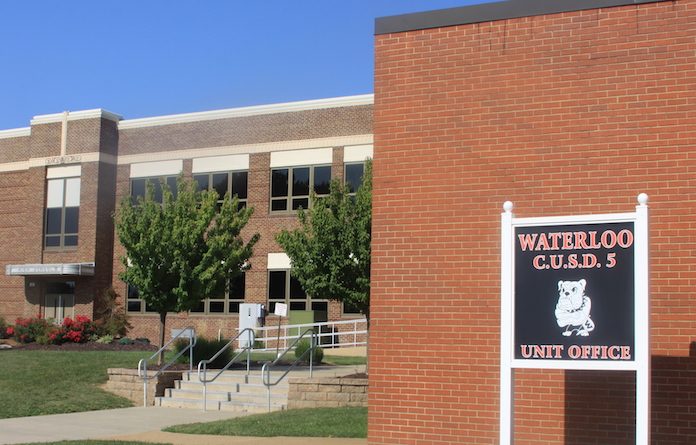 A budget for the 2022-23 school year was approved along with plans to continue designing major renovations to Zahnow Elementary during Monday’s meeting of the Waterloo School Board.

The budget was approved by the board following a brief explanation from Waterloo Superintendent of Schools Brian Charron.

Charron explained at that meeting that although the current budget is unbalanced, a deficit reduction plan is not required. Such a plan would be necessary if the deficit is greater than or equal to one-third of the estimated ending fund balance which is $7,870,263.

Charron added that the budget at the start of the school year is created with a conservative approach that is something of a “worst-case scenario budget,” with actual spending usually being better than projected.

“It often ends up better than what our spending plan is,” Charron said. “We’re trying to identify everything that we can possibly spend money on, and we’re only counting the revenue that we feel like we can depend on. So it does sometimes end up better than the original budget, but there’s years where we are deficit spending.”

Charron also said increased expenditures over the last few years have mainly been from increases in the cost of labor, with the school board also trying to take care of projects in the district.

Relating to the budget, the board also approved a temporary interfund loan of $725,000 from the district’s working cash fund to the debt service fund to account for a delay in property tax bill payments.

The board has previously moved district funds in this way in an unofficial capacity, but district auditors requested the interfund loan be approved through a formal process this year.

Property tax assessments were issued in mid-April this year, starting the property tax bill process. Property tax bills were just sent out last week, with the first due date for taxpayers being Nov. 4 and second payment due Dec. 16.

Much of Monday’s meeting was dedicated to discussing plans for Zahnow Elementary, which consists of two separate projects concerning the school’s parking lot and building, respectively.

The architects in charge of the designs discussed plans to add about 100 parking spaces to the school, largely by using existing lot space.

They also intend to add designated bus and car lanes to ease drop-offs and address traffic issues that have been particularly troublesome at Zahnow.

Charron also commented on the traffic situation at Gardner Elementary.

“If you’ve ever been around our schools in the morning or in the afternoon, Zahnow Elementary is particularly congested around Rogers and Hamacher (streets),” Charron said. “We’re hopeful that if we’re able to complete this parking lot and traffic flow piece of the project the summer of ’23, that next year we can alleviate some of the traffic congestion that’s on the city roads.”

Space at Zahnow has also been a major concern as the district has had to relocate the school’s pre-K and early childhood classrooms to Gardner.

Designs at the meeting showed additions to the front and back of the school along with additional space for an administrator and teacher suite, with the architects also planning an improved entry to make the building more secure.

“Our goal is to return those students back to Zahnow Elementary after completion of this project while also creating some additional classroom space – anticipating additional gradual growth – and also have enhancements to the building for improved security,” Charron said.

Further progress for planning and designing was approved with bids coming up in the future.

A concerned parent spoke at the meeting to express concerns regarding a survey some teachers had been passing out asking students’ preferred pronouns as relates to gender.

Nathan Mifflin, who has three boys in the district, said he believed the survey was inappropriate for some of the students it was given to.

Mifflin referenced information he had heard that some of the younger students who’d been given the survey – Mifflin said some students as young as sixth grade were asked – had to have the question explained to them by their teacher.

He added that while the question was likely intended to be inclusive and it was not his intention to be hurtful, he would recommend students be asked a different, more open question.

“Instead, they could simply ask a question like ‘Is there anything else you want me to know about you?’” Mifflin said. “This opens the door for students to discuss everything from preferred pronouns to possible school bullying, even homelife situations or things as simple as hobbies and interests.”

Mifflin also said he learned the district has no specific policy on the subject. Charron said the board would take the matter into consideration in the future.

Charron explained the skid steer will replace a 40-year-old Bobcat the board discussed at a previous meeting, while the Gator will replace a previously discarded four-wheeler as a more versatile vehicle for the district.

Reports from district administrators and building principals were generally positive, with many discussing ongoing projects  and programs to help support students.