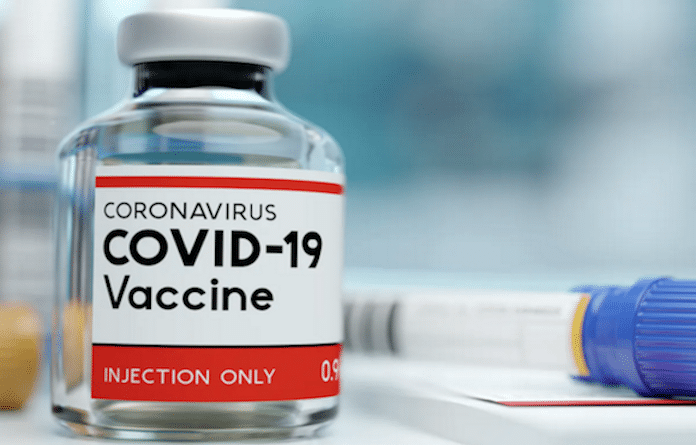 Last week, Monroe County broke the 100 active cases threshold, with the count going from 91 to 127 in a three-day span.

This plays into the active case count, too.

This is not the first time Wagner has mentioned cross-state reporting woes can impact county data.

In keeping with much of November, Monroe County still knows of 105 COVID-related deaths. Wagner said there is one previous death still under investigation.

Wagner attributes the uptick in cases to individuals gathering for Thanksgiving and the colder weather preventing individuals from being able to distance themselves outside.

He noted the state has been seeing an overall increase as well, despite Illinois’s mask mandates.

“They are used to slow the spread, they’re not going to stop it,” Wagner said of masking.

Hospital bed availability in the region is low.

“We’ve heard some stories of people who normally would have been admitted but are not (deemed) severe enough to be admitted (now),” Wagner said. “They’re trying to really be picky about who they’re admitting right now for fear that they’re going to run into a real problem. They aren’t at that ‘real problem’ stage yet, but they’re definitely using caution with who they’re admitting to hospitals.”

Wagner said this impacts those requiring hospitalization for non-COVID reasons as well.

As of press time, the Omicron variant has not yet been detected in the immediate area, but it has been discovered in Chicago and St. Louis. Wagner said this new variant is identified through genome sequencing testing in random positive individuals and hospitalizations.

“We know it’s going to be here. It’s just a matter of time,” Wagner said.

He said according to initial studies, the Omicron variant appears to me more contagious than the Delta variant but not as severe. There are some indications it may spread easier in children than other variants as well.

“They’re seeing some hospitalizations, but they’re not seeing (many) people needing to be put on oxygen or ventilators with it,” Wagner said. “But, those are just initial indications. There’s a lot more studying that needs to be done before we can say it’s for sure not more deadly or as severe (as other variants).”

He estimated 40 percent of Monroe County’s 11 hospitalizations are fully vaccinated with two doses. Yet, the majority of these individuals have underlying medical conditions.

“Healthy people who are vaccinated typically do not end up in the hospital,” Wagner stressed.

While current vaccines available to the public are targeted toward the original form of COVID-19, Wagner said they are still “somewhat effective” at preventing severe illness that may be caused by other variants.

He compared it to the flu vaccine.

Pfizer and its partner BioNTech recently told the Associated Press that while the initial two doses can help prevent more serious illness from new variants, a lab tests found the booster dose can increase one’s antibodies 25-fold to fight off Omicron.

A key part of vaccine hesitancy is the reaction being inoculated may elicit. Wagner said Monroe County has not seen any adverse reactions severe enough that they had to report it through the Vaccine Adverse Event Reporting System.

“You are more at risk of dying from driving to (get the vaccine) than you are from getting it,” he said.

If one has an adverse reaction to the COVID vaccine, it typically is short-term, Wagner said. If one feels sick from the vaccine for over three days, or if they have heart palpitations, they should consult with a doctor immediately, he added.

Currently, 55.99 percent (19,225 residents) of Monroe County’s eligible population is fully vaccinated. Wagner said he does not believe this figure includes the newly approved lower-dose Pfizer vaccination for the ages 5-11 group.

A Moderna vaccine clinic took place Thursday at Rock City in Valmeyer, with 125 doses administered. Many were booster doses.

The health department is hosting a second round of Pfizer ages 5-11 vaccine clinics at local schools, the first being Tuesday, Dec. 14 at Columbia’s Parkview Elementary and the second Wednesday, Dec. 5 at Waterloo’s Zahnow Elementary. Both clinics are from 3:15-5 p.m.

At all clinics, those who are looking to get any dose besides their first must bring a vaccination card.