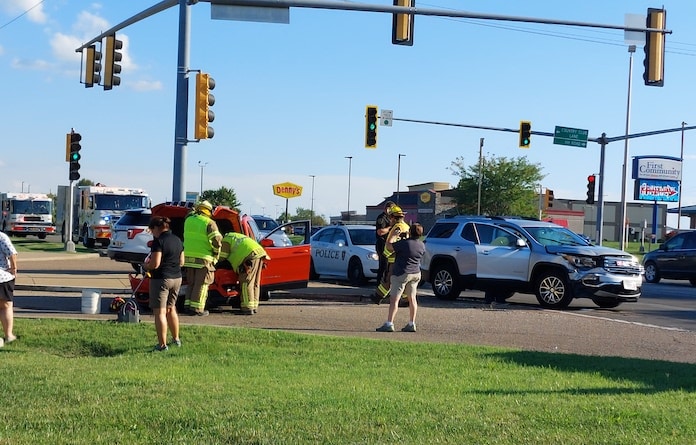 The Waterloo police and fire departments and Monroe County EMS responded about 5:30 p.m. Wednesday to a two-vehicle crash at the intersection of Route 3 and Country Club Lane in Waterloo.

Traffic was restricted in the northbound lane of Route 3 as emergency personnel worked to clear the scene.

The two vehicles involved were an orange Jeep SUV and a silver GMC SUV.

There were no injuries reported.