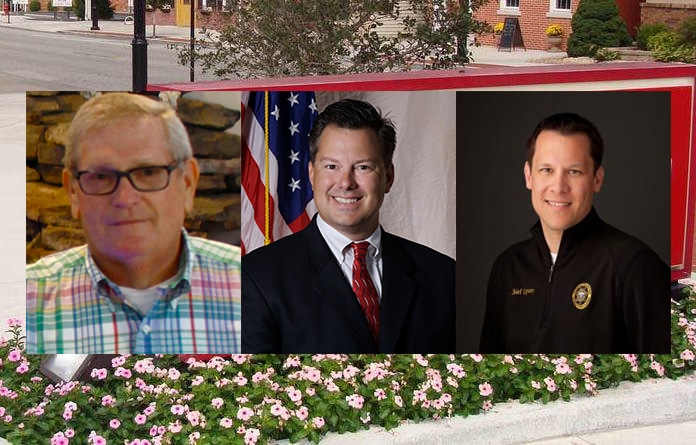 Columbia Mayor Kevin Hutchinson announced that he will not seek re-election as mayor in April 2021 at Monday night’s Columbia City Council meeting.

“It’s bittersweet for me because as I am too looking forward to a new chapter in my life as far as my family and my business and kind of moving on,” an emotional Hutchinson said while addressing the council. “We have an outstanding group of elected officials sitting up here, and I couldn’t ask for better.”

Hutchinson, who works as a risk manager and insurance broker for CJ Thomas, began his 20 years of public service for the city as a member of the plan commission and was then an alderman before being elected as mayor.

“It has been a great ride, Hutchinson said, adding that he is “looking forward to serving the rest of my term and I will continue to do the best I can.”

Hutchinson then  thanked Columbia residents, city staff and appointed officials for their support as part of his emotional announcement.

Hutchinson’s announcement came on the heels of current Columbia City Clerk Wes Hoeffken throwing his hat into the ring as a contender in next year’s Columbia mayoral election.

Hoeffken made his announcement Friday morning during a press conference at The Falls in Columbia.

Hoeffken has served as Columbia’s city clerk for 23 years. He recently resigned as Columbia Emergency Management Agency Director and had also served as a member of the city’s plan committee.

“The city needs proven leadership… We need someone who will lead the city council to make solid and responsible decisions; decisions that represent the interests of our residents, not the interests of a select few,” Hoeffken said during his speech, adding that he believed “now is not the time for someone to cut their teeth learning the ‘rules of the road’ for managing a city.”

Most recently, he worked for 13 years as a business analyst and solutions engineer for Mercy Health Systems before retiring in May.

Hoeffken and his wife Yvette have four children and seven grandchildren.

“They are the driving force that keep me focused to make life better in our community,” he said.

Petition circulation for municipal positions in the April 6, 2021 election does not begin until September with official filing not until mid-December.

Hill is also seeking reelection as coroner this fall and is currently unopposed.

A Republican, Hill has stated that he would keep his position as coroner if elected as Columbia’s mayor.