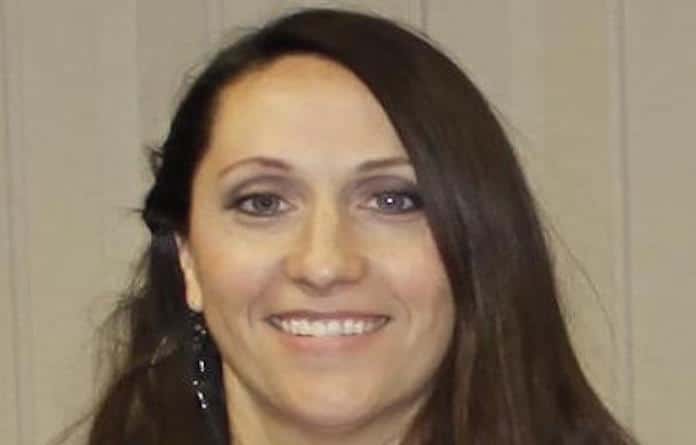 Elizabeth Kanyuck is suing 10 named individuals and “1-100 John and Jane Does” for sharing the post in question, sending her private messages on Facebook or contacting the school district about the post.

The John and Jane Does are people whose identities are unknown but whose action or inaction could have “contributed to and/or caused the publication of defamatory statements and sharing of the false accusation,” according to the lawsuit.

Kanyuck is suing these people, who are from as nearby as Belleville and as far away as Philadelphia, for defamation per se, invasion of privacy, harassment through electronic communications and cyberstalking.

She is suing for actual damages and in excess of $50,000 in punitive damages for each count.

“Seizing upon the heightened social and racial tensions of the current times, the defendants intentionally and/or recklessly and/or negligently published online the most hateful messages falsely stating that (Kanyuck) was a racist and that (she) had posted online a social media post containing racially abusive or hateful language,” Kanyuck’s lawsuit states. “Defendants, in concert or individually, altered or circulated what is believed to be a racially abusive post.”

The post in question appears to have been posted by a Facebook user in New York with the name Chels Elizabeth Kanyuck.

On May 30, that user posted “It is about how blacks p—– at the dominate race. You won’t ever get to the same level as white people by trying to disrespect us like that. Let’s not forget it wasn’t long ago you were our slaves. It could happen again if you don’t stay in your place.”

According to the lawsuit, Jenine Mims of Madison County appeared to be the first to share a post with side-by-side photos of the racist post and a screenshot of the Columbia teacher’s profile page, including a picture of her family.

Mims said Kanyuck simply changed her name on Facebook after the racist post and called Kanyuck “yet another local racist b—-.”

That post then went somewhat viral, as other defendants shared the Mims side-by-side photos along with their own statements that Kanyuck is saying are defamatory.

The lawsuit alleges that further posts included Kanyuck’s place of employment, her school email and other identifying information.

Individuals did not only share the false post. They also contacted the Columbia School District to demand Kanyuck’s removal and messaged Kanyuck directly.

“Assuming this comment is legitimate – which seems likely – I hope you have a plan in place for removing this teacher from the classroom. She’s a danger to her students of color and is unfit to be around children,” one person wrote to the district.

Messages like these prompted the district to send a later to parents, which it later shared on Facebook, confirming that the Kanyuck that teaches in Columbia was not the author of the post.

The lawsuit describes at least one comment sent to Kanyuck as an effort to “cyberbully and harass” her, and at least one person urged others to end Kanyuck’s career and “destroy her,” even after being told Columbia’s Kanyuck was not the author of the post.

She also received threats directed at her and her family, including death and rape threats.

In the suit, Kanyuck argues these people “knew or should have known” she was not the post’s author and that the statements are false, imputed she could not do her job, were obviously harmful and were made with “intent, actual malice, recklessness and/or negligence.”

As a result of these comments, the lawsuit states Kanyuck “has sustained damage to her reputation, shame, mortification, mental suffering, injury to her feelings and damage to her standing in the community. (Kanyuck) was and is in fear for the safety of herself and her family as a result of death threats, threats of physical violence and threats that her home will be attacked. The emotional and physical condition of (Kanyuck) has been and is to this day and into the future been damaged and is long-lasting and permanent.”

The suit further says that Kanyuck got protection from law enforcement as part of the threats, moved temporarily out of Monroe County with her family to ensure their safety and that Kanyuck and her family are afraid to go in public since their photos were published alongside the racist post.

No judge has been assigned to the case yet. Kanyuck is being represented by attorney Russell Watters.