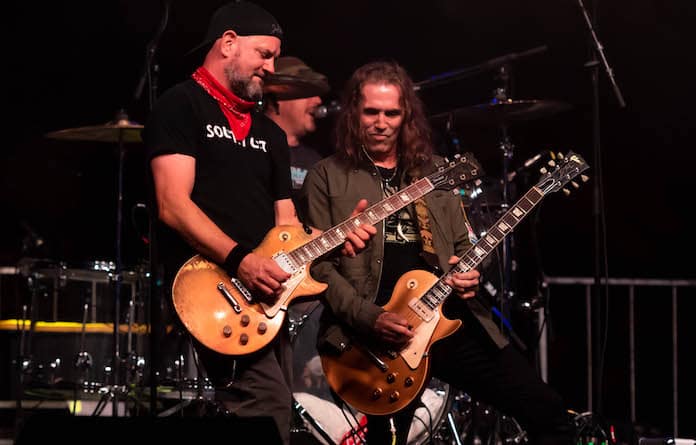 In a year when people have been cooped up more than normal, Monroe County Tailgate Fest proved a welcome diversion last Saturday night.

“It was probably one of the most feel-good events I’ve been a part of,” said Dustin Row of Columbia, who organized the show. “Given the year and that nothing has happened, there was a different spark there. I got such nice text messages after.”

The event was designed with the pandemic in mind, as each car had ample space around it for the passengers to spread out.

Row said some people did not follow social distancing guidelines, but the concert gave a place for those taking the pandemic seriously and those who are not to co-exist.

Row first devised the event as a way for himself and some of his regular contractors to make money because the event industry has been almost entirely shut down by the coronavirus.

He had the idea for a drive-in concert, a few of which he had previously planned, when he went to the fairgrounds one night to relax.

Row quickly got to work organizing the event.

“I talked to the fair association, and they were super pumped about the idea,” he said. “(Monroe County Health Department Administrator) John Wagner and his office at the health department were super cool about the whole process.”

As he planned the concert, Row said he had doubts about its success.

“I didn’t know how it would go. I didn’t even know if people were going to want to come,” he said.

Row also stressed it was not something he did specifically for Songs4Soldiers, the local charity Row founded that helps military veterans.

“This was never, ever a Songs4Soldiers born event,” he said. “This was just to find myself some work, but once I realized it was going to be successful I made them a beneficiary.”

Row realized the desire for something like this when the first round of tickets sold out in about 12 days. People bought the second batch just as rapidly.

With $10 per car and all merchandise and barbecue sales going to Songs4Soldiers, which canceled its fall concert this year, Row said the concert raised about $8,000 for the charity.

Added to the approximately $16,000 recently raised from a barbecue fundraiser, and Row said the nonprofit is finding a way to continue operations despite the difficulties 2020 has brought.

“We’re piecing the year together, in spite of no show,” he said.