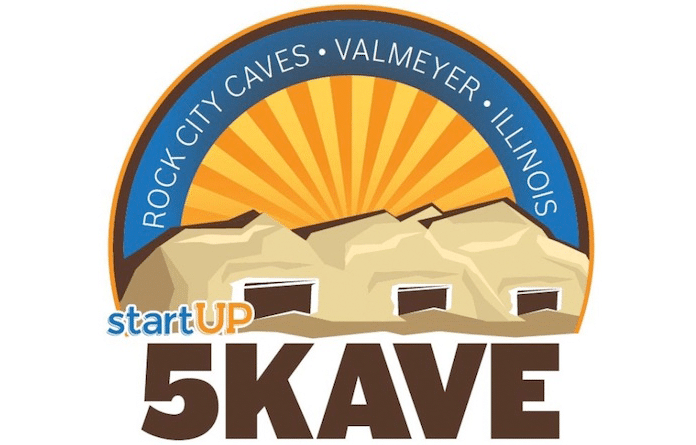 It is taking place later than planned after being pushed back due to the COVID pandemic, but the annual fundraiser for the Monroe County startUP program is slated for Feb. 27.

With roughly a couple weeks to go, the community has already showed up to support some of its best and brightest students, as 350 people have signed up to participate in the event.

“The response from the community was insane,” Gibault Catholic High School senior and startUP student Reagan Hermann said. “I think we were all kind of shocked with how well the community responded.”

This year’s class of entrepreneurs is hosting a 5K run in the Rock City caves in Valmeyer.

That idea is a version of one originally suggested by Regional Superintendent of Schools Kelton Davis.

The students spent weeks discussing possible fundraisers, but they kept returning to the idea of a run.

“We started out with 50 ideas on a big post-it,” Malia Kossina, a Columbia High School senior and startUP student, said. “We ended up with three that we narrowed it down to, and everybody just kept coming back to the 5K.”

Hermann said the class liked the challenge of coordinating a race, something that was made more difficult as the pandemic worsened.

“It was extremely overwhelming at first,” Hermann, the class chief executive officer, said. “I think we all kind of looked at each other and didn’t know where to start.”

Once the class got a little more organized, including breaking into three committees focused on topics like logistics and advertising, Kossina said communication became easier.

“It wasn’t until we elected our positions as officers and split up that we got things done,” the class’s chief operating officer said.

The fundraiser, which earns money for students to use when creating their individual businesses, was originally slated for January.

Prior to planning the run, students focused on more traditional academic pursuits like touring county businesses and hearing from guest speakers, both of which aim to help prepare students to be responsible, enterprising individuals who become entrepreneurs or entrepreneurial thinkers and contribute to economic development and sustainable communities.

“We learned so much incredible stuff from the business leaders in our community,” Hermann noted.

The class also created a small business of its own to get its feet wet before the students moved to organizing a race and the final project of creating their own businesses.

Once the class shifted toward focusing on the fundraiser, ironing out details like safety protocols to keep runners as socially distant as possible and creating a registration website, the response was rapid.

In a little over a month, every spot in the race had been taken.

“I was just blown away because I was the person seeing who registered,” Kossina said. “Up until the few days that we sold out, it was almost 50 a night. That was just super exciting. It just got real at that moment.”

In the next few weeks, Hermann said the students will find “the happy medium between class business and personal businesses,” as most of the preparation needed for the Feb. 27 run is completed.

While there are no more spots for runners, individuals who want to support the students can still donate by making a check out to the Monroe County startUP program and dropping it off at the Regional Office of Education located at 107 E. Mill Street in Waterloo.

There is also a donation tab on the race’s website.