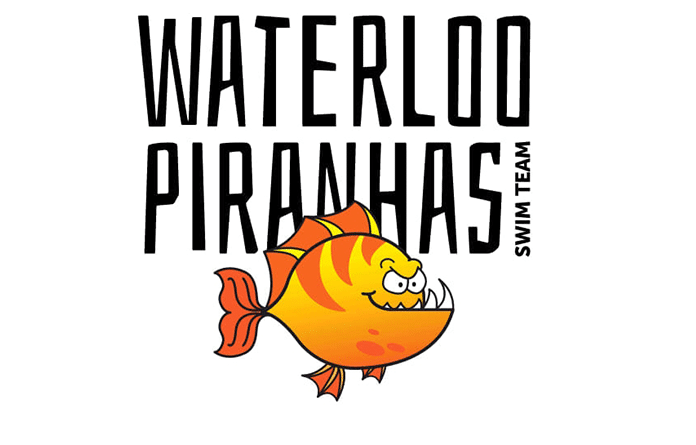 The Waterloo Piranhas opened their 2022 summer swim season with victories already this month over Greenville and Sparta, offering continued promise for a program that displayed a return to its glory days with a Kaskaskia Conference championship last year.

The history of the program dates back to the early 1970s when it was known as the Waterloo Park District Swimming Team.

A July 1970 article in the Waterloo Republican reported that this newly organized team participated in a conference meet with Red Bud and Columbia.  The first coach was David Phillips and the diving coach was Keith Keim.

A July 1971 article in the Waterloo Republican reported that this team won its first meet in two seasons against Sparta at the Waterloo Park District Pool.

In the Aug. 11, 1971 issue of the Waterloo Republican, Russell Toal penned a letter to the editor informing the community of the newly formed swim team and asking for support.

In 1972, Waterloo’s city pool was managed by Toal, and the swimming team was coached by Bill Lengfelder of Columbia.

In May 1973, the newspaper reported a “Name the Team Contest” started by Toal. The winner of this contest received a gift certificate redeemable at the pool’s concession stand and was invited to host friends at a free private party.

The winning name was Piranhas, and the team would go by that name going forward.

That summer, the Waterloo Piranhas were among five teams joining the newly formed Kaskaskia Swim Conference. The other teams were Columbia, Pinckneyville, Red Bud and Sparta.

To this day, the Piranhas remain part of the Kaskaskia Conference with other members Columbia, Greenville, Sparta Country Club and Vandalia.

Conference titles were the norm for the Piranhas throughout the 1970s, 80s and 90s, and even into the new century.

The Piranhas went through dark times for several years starting in 2010, after the park district closed the city pool. This eliminated a home pool for approximately 150 Piranhas swimmers.

That summer, the Piranhas worked out a contract with the Monroe County YMCA for home meets, where the team still swims today.

However, team membership dwindled drastically during the next six years – so much so that Waterloo was unable to actually host conference meets for a few years.

In 2016, the Piranhas maxed out at 34 swimmers for the season and lost all but one meet that summer.

In 2017, the Waterloo Piranhas Parent Board worked to bring swimmers back. This resulted in gradually increased team members summer by summer until competing with 115 swimmers in 2021.

This summer, the Piranhas are swimming strong with the maximum total of 113 team members.

“We would love to have more, but due to space limitations at the YMCA the max we can accommodate is around 110,” Piranhas Parent Board President Lyn Falk-Ahne said. “It gets pretty crowded in the pool and every year we have to shut down our online registration and turn some swimmers away. The pool and deck size just really cannot house too many more than that.”

Considering the low turnout seen just a few years earlier, the Piranhas consider this a good problem to have.

“With hard work and dedicated parents, we can proudly say we have built back up a strong swim team to represent our town,” Falk-Ahne said. “These kids work hard, practicing 3-4 days a week. We wish we could have them in the pool practicing five days a week but with not having our own pool, we have to pay for pool rental which is the biggest bulk of our cost every year. Through no fault of the YMCA, let me say. We truly are grateful the Monroe County YMCA gave us a home, because without them, these kids wouldn’t have a pool to swim in. It is our dream someday these kids can realize what it’s like to have their very own outdoor home pool again.”

For more information on the Waterloo Piranhas, visit waterloopiranhas.com.