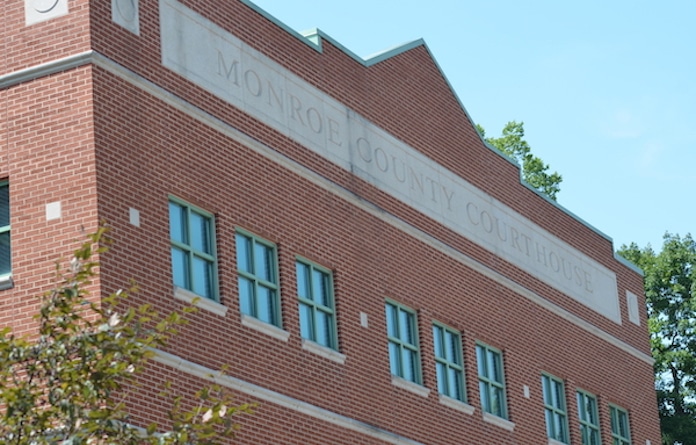 The “double-edged sword” of increased tax revenues, which Monroe County Treasurer Kevin Koenigstein pointed out in March during his first quarterly budget review of Fiscal Year 2022, has found its way into the Fiscal Year 2023 budget.

The Monroe County Board of Commissioners voted Monday to approve its annual budget for the current fiscal year, which began Dec. 1.

In a trend which began at the end of FY21, the county found itself with more revenue than projected.

The most recent budget cycle bottom line benefited from continued commerce within Monroe County, although the extra taxes collected are from an increase in the cost of goods and services across almost all sectors of the economy.

Final county sales tax revenues came in 5.3 percent above projections and are predicted to grow another 4 percent in FY23.

Income tax receipts exceeded expectations by over $300,000 before FY22 totals were calculated. Koenigstein also noted the budget line for the county’s share of the personal property replacement tax came in more than $300,000 above projections.

While totals in the final FY22 tax line appear to be lower than expected, Koenigstein pointed out the second installment of property tax payments, due Dec. 16, are reflected in the projections for FY23 since final payments were not collected during the prior year’s budget cycle.

The inflation which bolstered sales tax revenue also helped Monroe County when federal interest rates climbed this year in an attempt to combat rising prices. As a result, interest gained from investments – projected at $5,000 at the beginning of FY22 – was drastically higher at the end of the year.

Koenigstein said interest rates have “risen dramatically” in the past year, resulting in $22,000 of revenue during November alone. Expected income from interest for FY23 is projected at $200,000.

Koenigstein estimated revenue less expense for FY23 to be over $1 million.

“It’s a good place to be,” Monroe County Board Chairman Dennis Knobloch commented.

The surplus is expected despite anticipated general fund expenses at nearly $10.5 million – up over $1 million from FY22.

Expenses have not grown over $500,000 annually in the last five years.

While most departments budgeted for higher expenses in FY23, the largest increase is from Monroe County Sheriff’s Department. The department’s request for the new fiscal year is $4.6 million, up about $730,000 from last year.

A majority of the extra expense is from increased wages for most full- and part-time employees.

Since the most recent contract for MCSD employees was only recently accepted after lengthy negotiations, Rohlfing explained the FY23 budget includes separate 3 percent and 4 percent wage increases.

Legislation passed in April requires Illinois sheriffs be paid at a minimum of 80 percent the salary of the respective county’s state’s attorney. The bill also requires the State of Illinois to pay two-thirds of the sheriff’s salary, meaning Monroe County will be reimbursed $100,000.

A majority of the remaining MCSD expense increases are related to new vehicle purchase, maintenance and rising fuel costs.

A copy of the latest county budget is available at monroecountyil.gov/budgets.

Also during Monday’s meeting, Monroe County Engineer Aaron Metzger presented a draft improvement plan to commissioners. Expected projects in 2023 include work on the Route 3 pedestrian crossing at Country Club Lane/HH Road in Waterloo and a resurfacing project on Floraville Road.

Metzger said the improvement plan will not be finalized until he meets with county road commissioners, after which he will present it to commissioners for approval.

In other business, Knobloch and Commissioner George Green were reappointed to county board chairman and vice-chairman, respectively.