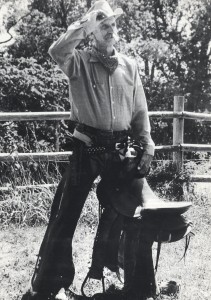 He is a recipient of numerous awards, including the Illinois Auctioneers Hall of Fame, Senior Illinoisans Hall of Fame, Illinois 4-H Alumni Award, and Waterloo Chamber of Commerce Community Service Award.

Known as “Colonel,” Kueker once said of his documentation of local history that “kids will never know what any of this stuff is if no one saves it for them.”

He is survived by his wife of more than 60 years, Violet Kueker (nee Hartman), along with nephews, a niece, sister-in-law, and other relatives and many friends.

For a full story on the amazing life of Edd Kueker, read next week’s Republic-Times newspaper.