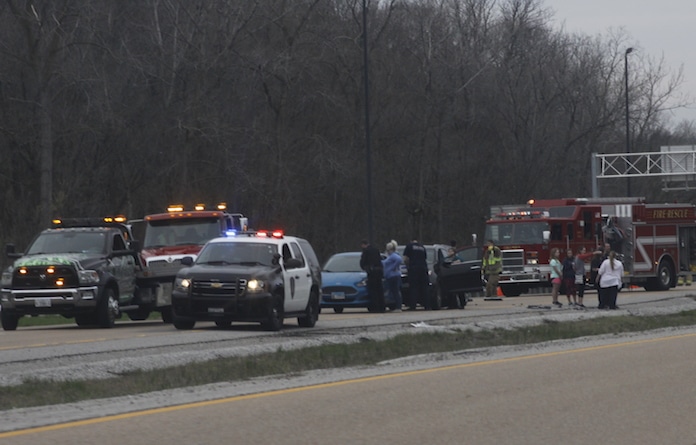 Columbia police and fire department personnel responded about 5:35 p.m. Monday to a multiple-vehicle crash on Route 3 southbound at Route 158. Both lanes of southbound Route 3 were blocked to traffic.

Police said a 2015 Ford Fusion driven by Dawn Mavers, 43, of Red Bud, was traveling south on Route 3 and stopped for several deer in the roadway. That resulted in a 2016 Kia SUV driven by Tammy Weil, 56, of Hecker, striking the rear of Mavers’ car, followed by Weil’s vehicle being struck from behind by a 2019 Buick SUV driven by Samantha Hopper, 23, of Waterloo.

No injuries were reported in the incident.