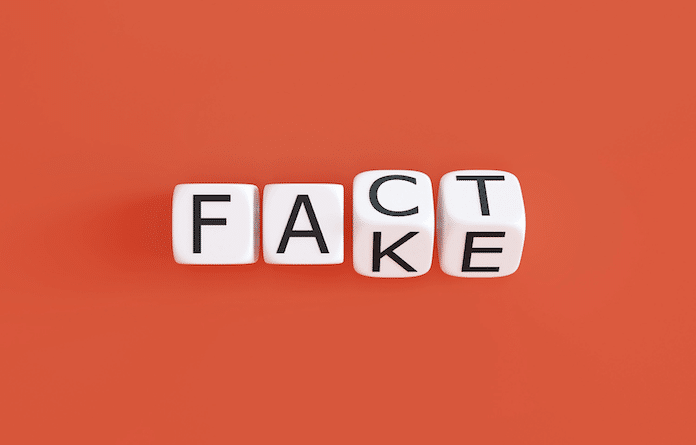 (Editor’s note: Continuing our series on media literacy, this article will explore the need for consumers to be informed about the reliability of information disseminated by various sources.)

Just last week, the Department of Homeland Security formed a Disinformation Governance Board. As Associated Press reported, the board was created to counter false and misleading information surrounding false information coming from Russia as well as U.S. immigration policy.

The announcement prompted a flurry of mixed reactions. Proponents feel the agency is necessary to expose Russia spreading false information – in some cases to cover up atrocities – regarding the War in Ukraine.

As AP explained, false information spread on social media can be used to drive the human trafficking economy by intentionally misleading immigrants coming to the U.S.

Others see the board as a way to limit free speech, creating a dystopian environment much like author George Orwell’s “Ministry of Truth” from his novel “1984.”

The creation of the Disinformation Governance Board, as well as billionaire Elon Musk recently buying social media platform Twitter with the stated intention of “protecting free speech,” put conversations about false and misleading information at the forefront of American discourse.

The conversations can seem reminiscent of the 2016 U.S. presidential election, when then-presidential candidate Donald Trump popularized the term “fake news.”

In 2019, the Oxford English Dictionary added it as an entry, defining “fake news” as “originally U.S. news that conveys or incorporates false, fabricated or deliberately misleading information, or that is characterized as or accused of doing so.”

Yet, as the Oxford English Dictionary and Yonty Friesem – co-founder of the Illinois Media Literacy Coalition and assistant professor at Columbia College – state, the essence of this definition dates back to well before 2016.

“People think that ‘fake news’ started only five years ago,” Friesem said. “Since the beginning of journalism, people have been manipulating information and using this information (for a specific end) … ‘Fake news’ has been politicized, so it’s very common and easy to say ‘Oh that’s fake news,’ but (that’s) just diminishing and narrowing down a much more complex phenomena that has different purposes.”

First Draft, an organization that educates about harmful misinformation, refers to this phenomenon as “information disorder.” This blanket term includes everything from propaganda to rumors to manipulated media.

With drastically varying opinions about what constitutes misinformation, the modern media consumer is faced with the difficult task of determining what is “real.”

The intention behind spreading information is an important distinction between disinformation, misinformation and malinformation. Claire Wardle, co-founder of First Draft, wrote in one of the organization’s publications that disinformation – intentionally false information designed to do harm – often is motivated by money, political influence or to wreak havoc.

Yet, just because one does not intend to harm does not mean sharing false or misleading information does not pose repercussions.

“I think the last two years we’ve seen a lot of horrible examples of people being misinformed about their health and they died because of that,” Friesem said, referring to the COVID-19 pandemic.

An article published in the Journal of Medical Internet Research said with an overabundance of false and misleading information on the internet about false COVID-19 claims (perhaps the most bizarre being an abundance of raw garlic could prevent infection, which led one elderly woman to obtain a chemical burn on her tongue), strategies that have been championed as effective by the Centers for Disease Control and Prevention, such as masking and social distancing, get thrown by the wayside.

Not only are public health organizations being drowned out in a sea of abundant information, the seemingly mixed messages that come with an evolving health crisis and political interference may also complicate trust, National Public Radio reported.

“There are people who are being misinformed about different facts and then act in a violent way thinking it would address an issue that was invented online,” Friesem said.

Examples are in abundance.

False content perpetuated for political gain – to discredit then-presidential candidate Hillary Clinton, was Edgar Welch’s reasoning for firing shots inside a Northwest Washington pizzeria. The conspiracy Welch subscribed to is known as “Pizzagate.”

False child kidnapping rumors circulating on WhatsApp raised suspicion to a level that led a mob to kill one man, and injure two others, in India in 2018.

The men merely offered schoolchildren candy as they passed through a rural community, the Washington Post reported.

“The majority of people who spread misinformation are 65 and older and are on Facebook – it’s not the kids who are using TikTok or Instagram,” Friesem said.

There are also things one can do to make sure they don’t fall prey to false and misleading information, Friesem said.

“Never re-share because you’re emotional, and that goes for everything,” Friesem said. “We can be emotionally activated very quickly and we always need to calm down if we want to react in a thoughtful way.”

Next, he recommended media consumers further investigate the claims.

“I’m not talking about doing academic research for three hours, but it will literally take a minute to go to media outlets that have the opposite view of yours and look to see if that information is there. Then look at a third (source). If it’s on all three, you can see that it’s most likely true,” Friesem said.

Spikes said that compared to other forms of media, news – if done correctly – possesses certain qualities that bolster its credibility.

“One: they verify the information that they get to make sure that it’s credible and reliable with a number of direct sources of evidence, and then they present that evidence to audiences,” Spikes said. “Two: they are independent, meaning they do not have direct relationships with those who might have a stake in the outcome of whatever story or product they’re producing … The third thing is that they are accountable. If they make a mistake, they are clear and upfront with their audience in saying, ‘Yes, we made a mistake, this was the mistake and this is what we did to fix it.’”