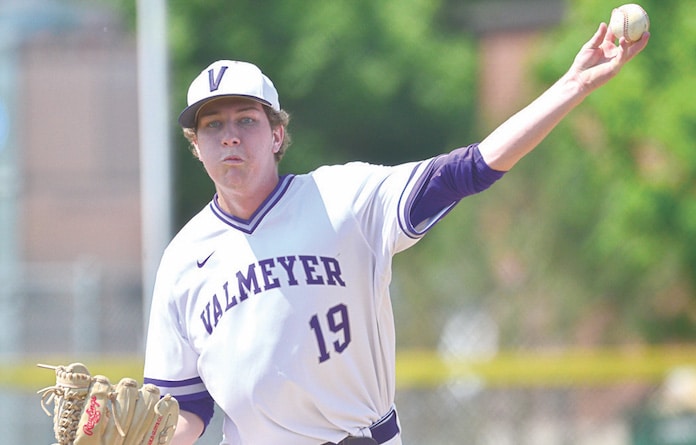 The coronavirus pandemic wiped out their high school and American Legion seasons, but some local baseball players are staying involved in America’s pastime this summer anyway.

The Valmeyer Patriots formed recently as an optional and independent baseball team that plays in the COVID League, as it’s been named for the COVID-19 pandemic. It was started by a coach in Washington, Mo.

In addition to Valmeyer, other Illinois teams participating in the Missouri league are Alton, Highland and the Illinois Gators of the Edwardsville area.

Missouri has less restrictions in regard to sporting events than Illinois currently.

“The push was mainly to get the graduating seniors some games,” Reinhardt said.

Other VHS baseball players who will split time between the junior and senior level for the Patriots include Henry Weber and Gibson Sippel.

Three Waterloo High School baseball players are also members of the Patriots, those being Drake Downing, Nate Albrecht and Aidan Karsten. All three can pitch.

Another member of the Patriots is New Athens High School graduate Joe Range, who was his team’s top hitter last season and also pitches.

The Patriots played their first games a couple of weeks ago at CarShield Field in O’Fallon, Mo., the former home field of the now-defunct River City Rascals baseball team.

“Our first game was a disaster, probably because we hadn’t played in ages,” Coach Reinhardt said.

He said his team lost 2-1 in the second game.