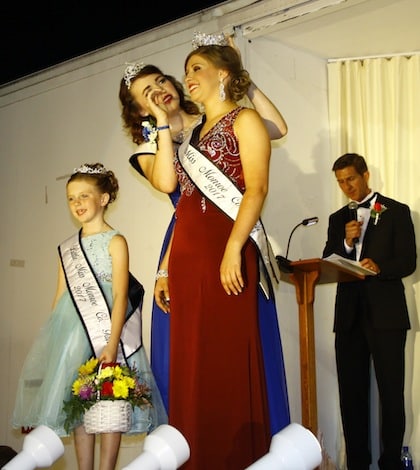 The 70th annual Monroe County Fair kicked off in grand fashion Sunday night with the crowning of a new fair queen and little miss in the main arena of the fairgrounds in Waterloo. Slightly cooler temperatures at the tail end of a week-long heat wave resulted in a pleasant summer evening.

Read more on this year’s pageant in the July 26 issue of the award-winning Republic-Times newspaper.

For more on the Monroe County Fair, click here.