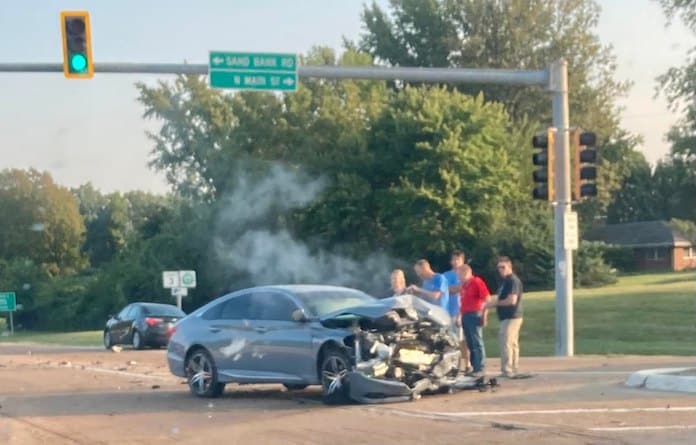 The Columbia police, fire and EMS departments responded shortly before 7:40 a.m. Friday for a two-vehicle crash with injuries on Route 3 at North Main Street in Columbia.

The northbound lane of Route 3 was closed while crews worked to clear the scene. The lane was reopened at 8:15 a.m.

Police said a gray Chevy Malibu driven by Katherine Davis, 22, of Maeystown, was attempting to turn left onto North Main Street from southbound Route 3 when she crossed into the path of a white Honda driven by Peter Jacobs, 24, of Belleville, which was traveling north on Route 3. Police said Davis had a green light, but not the green turn arrow at the time of the crash.

Davis, who was cited for failure to yield (turning left), was transported by Columbia EMS to Mercy Hospital South in St. Louis County for treatment of non-serious injuries. Jacobs later visited an area hospital on his own for evaluation.