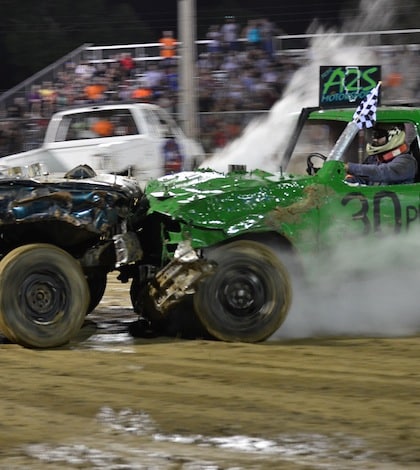 In the small truck demo derby, a pair of Lutmans duked it out for top honors until the end. First place went to Davey Lutman Jr., with Glen Lutman III placing second and Devin Propst placing third.

For high-quality photos from this year’s Figure 8 race, click here.