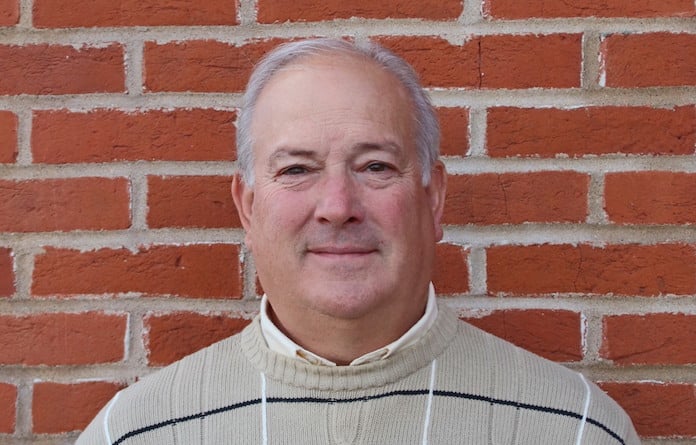 The Columbia City Council on Nov. 21 voted unanimously to confirm the appointment of Michael Lawlor to the open aldermanic seat created by the resignation of Mark Roessler in late October.

Columbia Mayor Bob Hill made the recommendation after “careful review” of two individuals considered for the vacancy.

Lawlor will be officially seated as alderman before the Dec. 5 city council meeting, joining Kevin Martens as a fellow Ward II representative.

Lawlor, a Columbia native whose children and grandchildren also live in the city, was funeral director at the former Lawlor Funeral Home – now Leesman Funeral Home – in Columbia for nearly four decades.

Lawlor also served on the Columbia Zoning Board of Appeals, two terms on the Columbia School Board, a short time as city treasurer after college and is a member of several Columbia civic organizations.

Lawlor told the Republic-Times he was contacted by Roessler and Hill to see if he would consider filling the vacancy.

“I think very similarly to Mark (Roessler), who has done great things with the city,” Lawlor said. “I hope we’re the same.”

Lawlor said he is a “fiscal conservative” in his approach to city government and aims to “maintain our quality of life” and keep city services “top-notch” in Columbia.

He also said he looks forward to working with Hill. As a “younger mayor,” Lawlor believes Hill has a “good eye toward bringing (Columbia) from a small town into a medium-sized town and the growing pains that entails.

“I think he is very keen on trying to make that successful and seamless as possible,” Lawlor added.

Due to the timing of Roessler’s resignation, the seat to be occupied by Lawlor will be on the April 2023 ballot as an “unexpired two-year term.”

Martens’s Ward II seat will also be on the ballot as a traditional four-year term.

Monroe County Clerk Jonathan McLean explained any potential candidates for Ward II should indicate for which seat he or she is running.

Lawlor said he is “considering” running for election next year and had picked up a candidate petition packet – although he added he has not yet made a definite decision.

Lawlor joins a city that is currently fiscally sound, according to an audit report given by certified public accountant Jim Schmersahl during last Monday’s council meeting.

He offered a “clean opinion” of a recent audit of Columbia’s accounting practices and gave the city a “clean bill of health” regarding its financial position.

Along with Columbia Treasurer Linda Sharp, Brimm used a “new approach” to create a proposed levy “intended to capture values from new properties while still making every effort to alleviate the tax burden on property owners” in Columbia, Brimm wrote in a meeting agenda report.

Brimm said if the levy is adopted as written, it will be the third consecutive year – and fifth in the past six years – in which the city’s property tax levy rate has decreased even though the current year is the first the city has received additional property taxes due to the recent expiration of the Admiral Parkway TIF District.

The council will vote on the proposed levy at its next meeting.

Brimm also discussed the city’s consideration of presenting residents with a proposal to make Columbia a “home-rule” municipality.

While the idea is in its infancy, Brimm said the prospect should be considered in light of major city projects anticipated within the next decade.

Being a non home-rule locale means the city derives authority from state statute and may only act in accordance with existing, established protocol, Brimm explained.

He added being a home-rule city would allow Columbia to find “local solutions to local issues” – such as potential construction of a new public safety complex – and more flexibility when considering a required multi-million dollar future update to the city’s water treatment facilities.

In other action last Monday, aldermen approved a special use permit for a “mini-storage business” at 124 Southwoods Drive.

The council also heard a report on a proposed special use to allow a car rental business at a property zoned as a “commercial park” district at 306 Southport Drive.

The special use permit will be voted on during the Dec. 5 council meeting, which starts at 7 p.m.