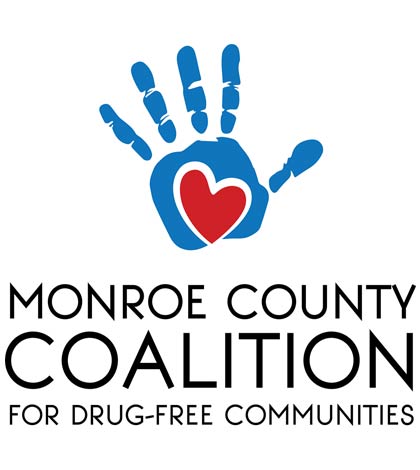 The Monroe County Coalition for Drug-Free Communities listened to a guest speaker talk about how drug and alcohol use have been impacted by the pandemic, with a particular focus on the latter at its November meeting.

Stacie Zellin, a community education coordinator at PreventEd in St. Louis, which was formerly known as the National Council on Alcoholism and Drug Abuse, informed the group that the latest Centers for Disease Control and Prevention report shows 95,000 people die of excessive alcohol consumption each year.

“People are just not in touch with what risky alcohol consumption is and what the consequences of that might be,” she said.

Zellin said the problem has only gotten worse during the pandemic, citing a study that found alcohol sales increased 55 percent during the earlier months of the year.

“When COVID hit, alcohol sales went through the roof,” she explained.

The issue has morphed as restrictions have been lessened and reimposed in various places, with Zellin reporting women in particular are “bearing the brunt of this coronavirus whiplash” as they manage their careers, children and household in ever-changing circumstances.

Most people who may be struggling with alcohol do not meet the criteria for an alcohol use disorder, Zellin said, with about 90 percent of binge and heavy drinkers not falling into that category.

Although those individuals may not have an alcohol use disorder, Zellin said that level of drinking and lower can still cause problems.

“There’s this thought that you either drink alcohol recreationally or you’re an alcoholic,” Zellin said. “There is no idea that any alcohol consumption includes risk.”

“We can talk about alcohol in a way that’s not accusing someone of having a problem with substances,” she later added. “We can just express concern about their health.”

The coalition also decided at the meeting it was postponing the date it would draw winners of its current raffle until Dec. 8 given the worsening pandemic and low participation so far.