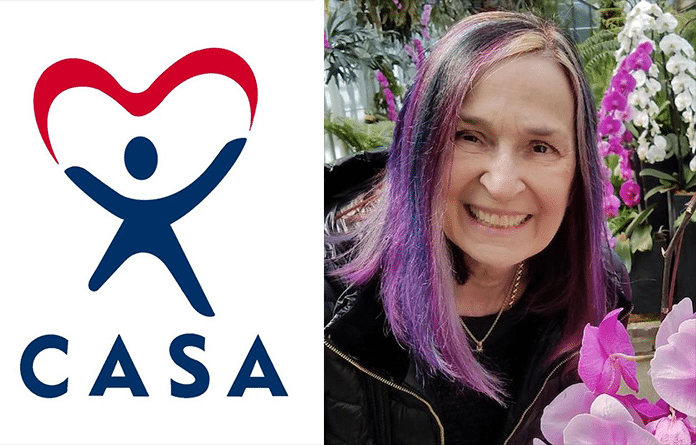 When Linda Lloyd moved to Columbia from New Jersey along with her husband, she wanted to find some way to occupy her time during retirement.

She ended up volunteering for Court Appointed Special Advocate of Southwestern Illinois and now finds herself regularly looking out for kids who have experienced abuse and neglect.

Like other CASA volunteers in Monroe, Randolph, St. Clair and Madison counties, Lloyd serves as a voice for children experiencing familial problems or abandonment.

She serves as a representative in court for children who are unable to adequately represent themselves. Lloyd reports to the courts and case workers, advising on the child’s behalf and generally trying to act in their best interest.

“What we do is we recruit volunteers to be an advocate for abused and neglected children in court,” White said. “We recruit them, we train them and support them as they render services to children that have come into care through the Department of Children and Family Services.”

White added CASA volunteers effectively serve as the eyes and ears of the court as well as the voice of the child.

Lloyd said she was originally pointed to CASA by some friends at her church. She was originally debating whether she wanted to work with elderly individuals or kids, ultimately deciding to focus on helping children in need.

“The case worker is primarily responsible for the total family, the parents and the children, and my responsibility is to focus on the children,” Lloyd said.

She said she tends to take on a slightly heavier workload compared to other volunteers given her free time. She likes to be engaged with the kids, meeting with them a couple of times each month.

White said workloads are customized to accommodate the needs and schedules of the volunteer, but those who work with CASA tend to spend about five hours every month working with the child they’re overseeing.

Further, White said CASA tries to appropriately match children with volunteers that would be a good fit for them.

Lloyd noted that while she doesn’t exactly have experience when it comes to being on the job with children, her prior work in business has proven beneficial in when it comes to reporting. Being honest and getting a variety of perspectives and observations comes naturally.

“Even though I didn’t feel that I came from the social services, I can contribute because I’ve done it all my life,” Lloyd said. “When you’re in business that’s exactly what you do.”

Lloyd spoke positively about the work she’s been doing, describing how it feels to make sure the children she works with get the tools they need to reach their best outcome.

Lloyd said her experiences with the kids have been very good. As she’s developed relationships with them and seen how they can grow given the right support, she hopes to have made an impact.

“God blessed me with enough talent, I guess, to get out there and know how to live my life and give back to the community and do a good job,” Lloyd said. “And so I want to make sure that all these children, as many as I can interact with, of course, have that same opportunity I had.”

White said the department has been rather taxed following recent improvement in the COVID-19 pandemic.

Both Lloyd and White said they would hope individuals consider donating five hours a month for the benefit of the kids in need of support from a CASA volunteer.

“They really can make a difference in a child’s life,” White said.

Those interested in volunteering with CASA of Southwestern Illinois can call 618-234-4278 to talk about the screening process or visit casaofswil.org for more information.