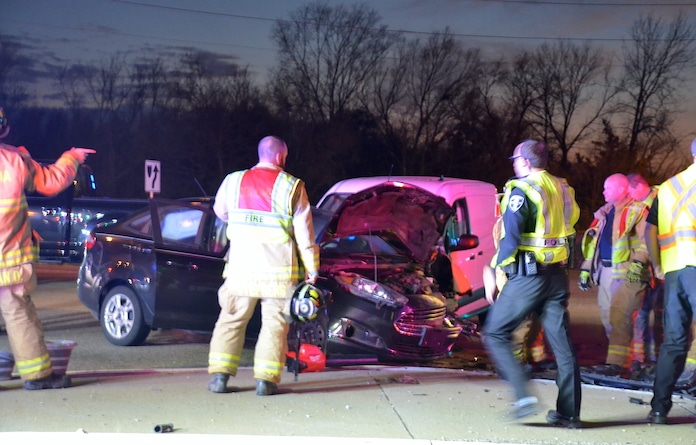 Columbia fire, police and EMS responded about 5 p.m. Sunday to a two-vehicle crash with injuries at Route 3 and North Main Street.

Police said a white 2019 Ford Transit van driven by Joshua McClelland, 36, of St. Louis, was turning left from southbound Route 3 onto North Main Street when it was struck by a 2015 Ford Fiesta driven by Jordan Brown, 21, of Bossier City, La., which was driving north on Route 3.

Brown was transported by ambulance to Mercy Hospital South in St. Louis County for treatment of injuries not considered life-threatening.

McClelland, who was not injured, was cited for improper left turn.