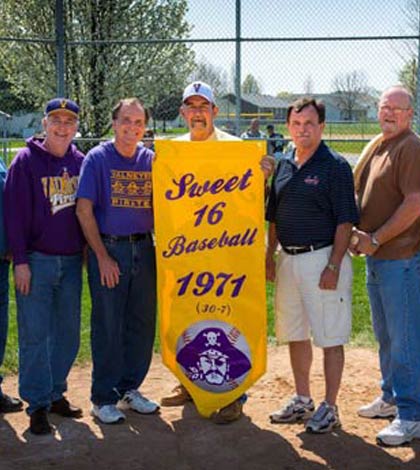 The Republic-Times Team of the Week is the 1971 Valmeyer High School baseball team, which was honored last Friday. The team was presented with a banner that will hang in the VHS gym in honor of its 30-7 season, which included a trip to the state’s Sweet 16. This was prior to the Illinois High School Association dividing athletics into classes based on enrollment. Highlights from the ’71 season included a win over Waterloo for the district title, a win over Mater Dei for the regional title and win over Metropolis in the sectional.