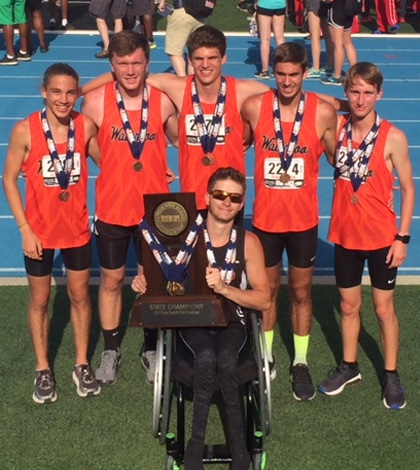 The Republic-Times Team of the Week is the Waterloo High School boys track team. The Bulldogs wrapped up another successful season Saturday at the Class 2A state track meet in Charleston.

Donovan McBride won the 100 meter wheelchair race with a new state record, placed second in the 800 and 200 meter races, and took third in the 400 meter race.