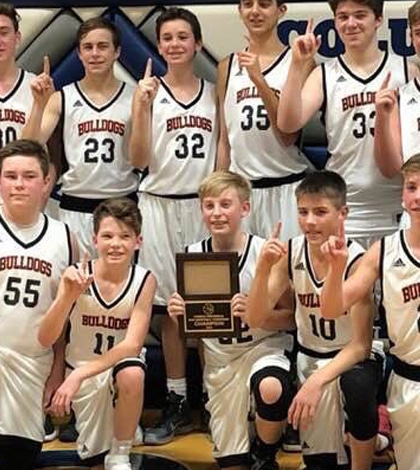 The Republic-Times Team of the Week is the Waterloo Junior High School eighth grade boys basketball team. The Bulldogs defeated New Athens, 64-34, Friday at Columbia to win the conference tournament championship. The win moved Waterloo’s overall record to 19-2, including a perfect 13-0 in conference play.

“We have a very unselfish team. Six players are averaging between 5.3 and 9.1 points per game and all 15 of these boys work very hard and compete with one another to make each other better every day in practice,” Coach Matt Mason said. “Even during the few games leading up to the championship game, when our shooting struggled, the boys really got after it on defense and that allowed us to be in the position to win the championship.” (submitted photo)